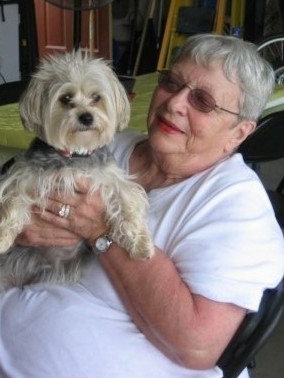 JoAnn was born to Paul and Ella Wells, in West Union, Iowa on December 10, 1931. She grew up in Guttenburg, Iowa and moved to Sheldon, Iowa where she graduated high school.

JoAnn was married to Robert Potter of Sheldon in a military wedding at Scott Air Force Base in Belleview, Illinois.

Bob and JoAnn had Big Bob’s Skillet in Austin until the Mid 70’s. JoAnn ran the kitchen at Ramsey golf course for many years.

She is preceded in death by her parents, Paul and Ella Wells; her husband, Robert Potter; her son, Michael Potter; and her brothers, William and Michael Wells.

A Celebration of Life will be held Wednesday, August 3, 2022 from Noon to 3 pm at Mayer Funeral Home.