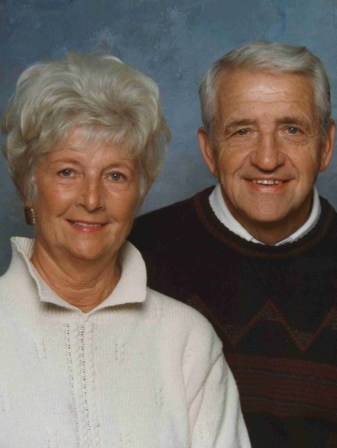 He was born January 22, 1927 in Marshfield, Wisconsin to Alex Sr. and Margaret (Lauer) Schulte. He graduated from Marshfield High School, Marshfield, WI, in 1944. He enlisted in the Navy right after graduation and served during WWII. Afterwards he stayed active in the reserves. After WWII, he moved to Austin for work. There he met his future wife, Victoria Wiseman. They were joined in marriage at Queen of Angels Church on June 16, 1951. His brother, Father Ozwald Schulte, officiated.

Jim was a long-time Hormel worker, retiring in 1986.

He was a champion golfer, opting to repair golf clubs in his retirement years. He also enjoyed wood working and served on several boards for the City of Austin.

He was preceded in death by his parents, Alex and Margaret and brothers, Clarence, Maurice, Urban, Leo, Father Ozwald Schulte, Alex Jr. and Father Lyle Schulte. His sisters, Eileen and Margaret also preceded him. He is survived by several nieces and nephews and two honorary granddaughters.

She was born in Austin, Minnesota, on October 31, 1928, to Harvey and Theresa (Arens) Wiseman. She graduated from Pacelli High School as Salutatorian in 1947. Following her marriage, she was employed as the receptionist for the Hormel Company, retiring in 1992.

Victoria was a champion golfer who enjoyed her time at the country club. James and Victoria were both very faithful members of the Catholic church.

She was preceded in death by her parents, Harvey and Theresa Wiseman; brothers, Daniel and Robert; and one sister, June Grimley. She is survived by several nieces and nephews and two honorary granddaughters.

A Funeral Mass for both James & Victoria Schulte will be celebrated on Friday, June 17, 2022 at 10:00 am at St. Augustine Catholic Church. Visitation will be one hour before the funeral at the church. Father James Steffes will be officiating. Interment will be at Calvary Cemetery. Luncheon will follow at St. Mark’s in the Bistro.