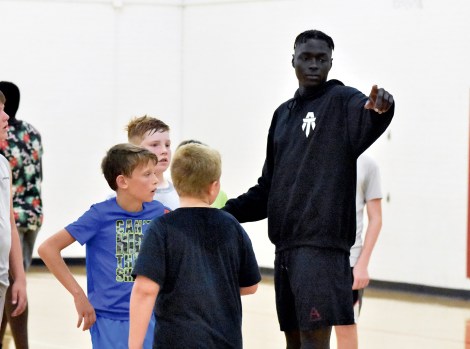 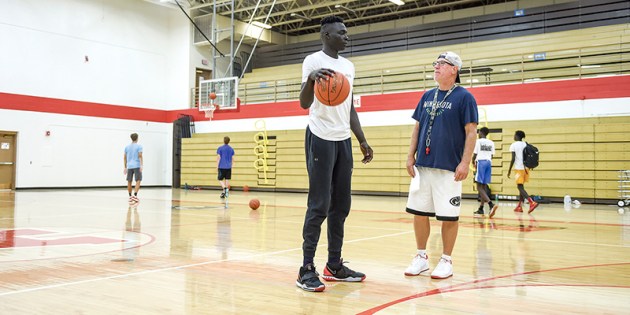 Both Gach and Kris Fadness talk during a break in a 2020 camp in Packer Gym. 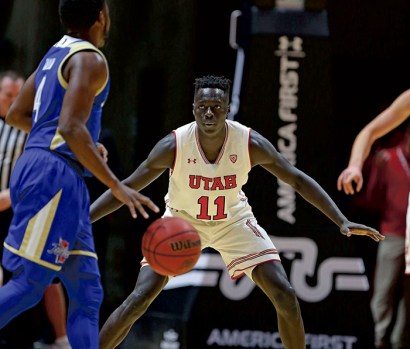 Both Gach defends for the Utah men's basketball against Tulsa in Salt Lake City, Utah on Dec. 1, 2018. Photo by Steve C. Wilson/University of Utah 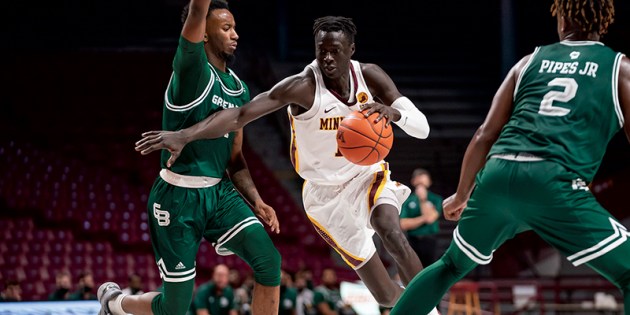 Both Gach drives against Green Bay. Brad Rempel/University of Minnesota

Austin native Both Gach has always been driven to play amongst the best. Now he’s taking another small step in the ladder towards an immense dream.

After college basketball stops in Utah and Minnesota, Gach has landed on the summer league roster for the Orlando Magic and he’ll be playing in the NBA 2K23 Summer League in Las Vegas, which has games from July 7 to July 17.

While many summer leaguers never make it to the NBA, the fact that Gach is getting a look is a major opportunity for him. Breakout performances or steady skill displays against top competition can catch the eye of any scout who happens to be in attendance.

It’s my take that Gach’s best attributes will be his length and defensive prowess. If he gets a chance to guard some top draft picks or current pros, that will be his best chance to shine.

Gach also has an eternal hunger to improve his game and he’s as dedicated as they come when it comes to basketball. Of course you have to be driven to get a chance to make it to the most exclusive league in the world.

As the Netflix film “Hustle” documents, and the 1994 documentary “Hoop Dreams” shows, the NBA is a giant hurdle for anyone trying to make it. The NBA has only 450 regular roster spots available and the league recruits from everywhere in the world. It’s not good enough to be one of the best players in America. You also have to beat out the best from Africa, Europe and beyond.

The best way for most players to crack the NBA is to have a couple of skill sets that they specialize in. Trying to be LeBron James is not going to get you anywhere near the league, unless you are Luka Doncic.

But if a player can master a craft or two, they can make themselves a commodity that pro scouts seek. That is the challenge for Gach and any other players trying to make it to the league without being a first round draft pick.

While the spotlight does not shine bright on summer league play, the pressure is real for any player trying to make it.

Back in the early 2000s, the summer league used to have a circuit in Target Center and you could watch the games for cheap. I recall watching Rafael Araujo, who was the eighth pick of the Toronto Raptors in 2004, and Chris Bosh, who was the fourth pick for the Raptors in 2003.

Bosh was composed, efficient and unstoppable. Araujo was sloppy, unprepared and overwhelmed. He actually managed to pick up eight fouls in the game as players didn’t foul out in summer contests.

It was no surprise to me, or many other basketball observers, that Araujo finished his NBA career with just 139 games played, while averaging 2.8 points per game and Bosh played 893 games, while averaging 19.2 points and 8.5 rebounds, while winning two championships with the Miami Heat.