Hayfield moves with a win from a return to state, Southland knocks off LP 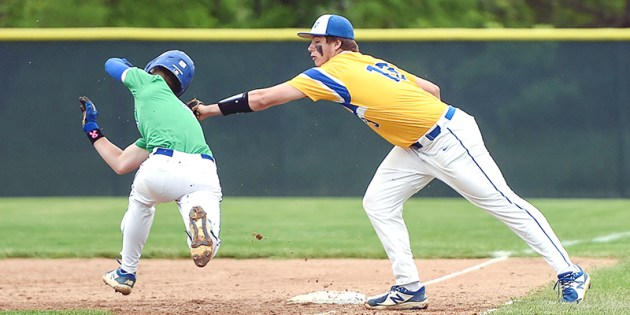 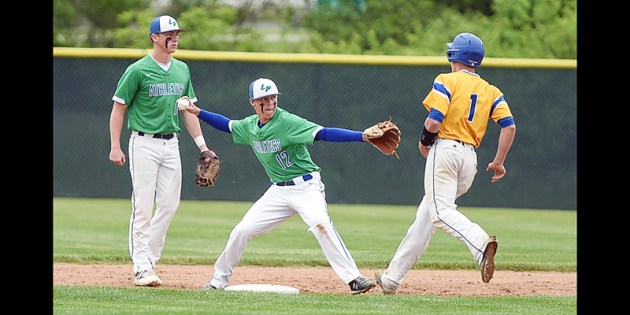 Lyle-Pacelli’s Dane Schara relays a throw at second base against Hayfield in the Section 1A Tournament Saturday at Riverland Community College. Eric Johnson/photodesk@austindailyherald.com 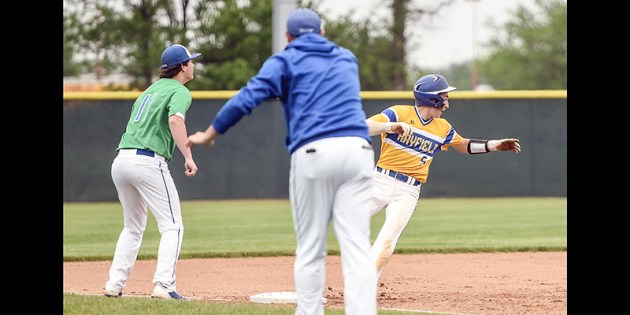 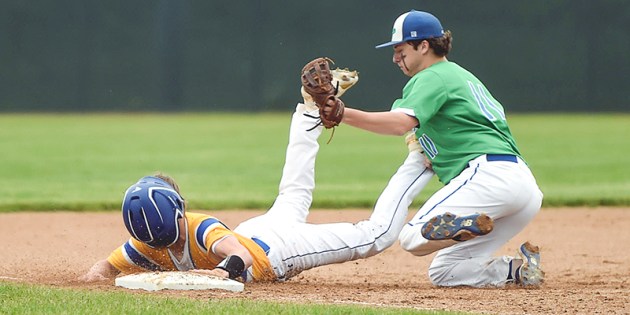 Hayfiel’s Hunter Simonson is called out after Lyle-Pacelli’s Jack Klingfus applied the tag at third base during the Section 1A Tournament Saturday at Riverland Community College. Eric Johnson/photodesk@austindailyherald.com 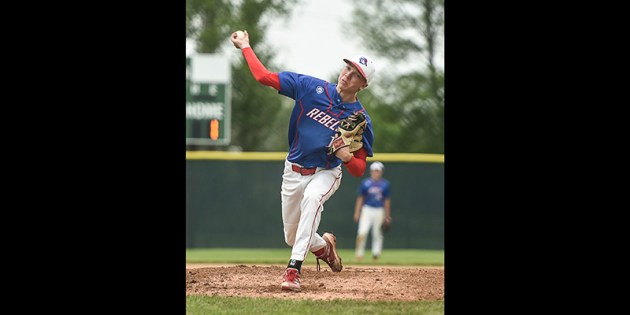 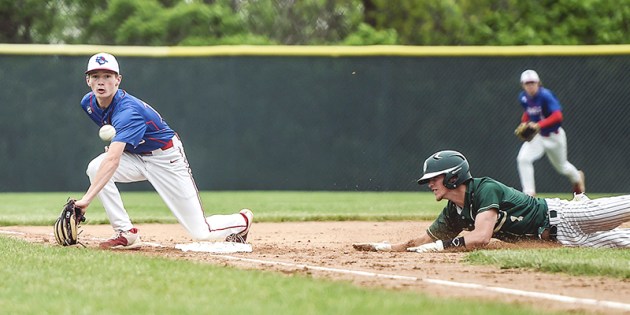 Southland’s Tyson Stevens waits for the ball as Rushford-Peterson’s Malachi Bunke slides into the third base Saturday during the Section 1A Tournament at Riverland Community College. Eric Johnson/photodesk@austindailyherald.com 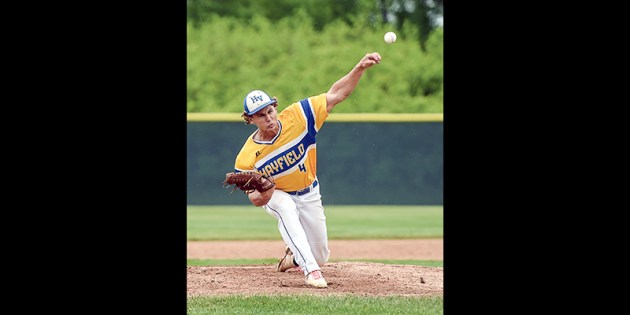 The Hayfield baseball team wasn’t dampened by a two-hour rain delay or unseasonably cold temperatures as they beat Lyle-Pacelli 7-0 in a Section 1A finals game in Dick Seltz Field Saturday.

Hayfield (21-2 overall) is now one win away from getting back to the state tournament as the defending Class A champs will play Southland in the title game at 5 p.m. Tuesday. The Vikings would have to lose twice on Tuesday to miss out on state.

Although eager to play, Hayfield was able to wait out the two-hour delay with the essentials – pancakes and naps.

“We went over to a friend’s house before the game and we had some breakfast,” said senior Isaac Watson. “Some guys even took a nap. But we were ready to go. Now we’re one win from getting back to state again. That’s a once in a lifetime thing for most players, but for us to have a chance two years in a row, very few people ever get to hear that.”

After taking an early lead, the Vikings put the game out of reach by scoring four runs in the bottom of the fourth inning to go up 7-0. Karver Hedyt, Aidan Nelson, Ethan Pack and Zander Jacobson all had an RBI during the rally.

Watson had the biggest hit of the day when he drove in two runs with a two-out single to center field and gave the Vikings a 3-0 lead in the bottom of the third inning.

“I was just trying to make sure that I made contact,” Watson. “You don’t want to get caught looking at strike three in that situation.”

L-P nearly had an answer when it had two runners on with no outs after Mac Nelson walked and Hunter VaDeer dropped a single in shallow centerfield to start the top of the fourth inning, but Easton Fritcher was able to get two strikeouts and force a line-out to the shortstop to end the threat.

Heydt, who had pitched a shutout against L-P during the regular season, added a double and two RBIs to help the cause.

“It helped that I had pitched against them before. I knew their tendencies,” Heydt said.

Fritcher, Heydt and Klocke wanted to pitch on Saturday, but Krekling leveraged his way into having all three of those pitchers available again on Tuesday. Klocke will have over a week’s rest.

“All three of those guys were begging for the ball and I didn’t tell them who was pitching until this morning,” Krekling said. “The plan was to split it between Easton and Karver and it worked out well.”

Hayfield scored in the opening frame when Nolan Klocke tripled and scored on a wild pitch.

Despite all of the winning in Hayfield in the past two years, the Vikings have been able to stay grounded.

“We all keep each other in check to make sure we’re staying even keeled,” Heydt said.

The Southland baseball team kept its season alive when it beat Lyle-Pacelli 10-4 in a Section 1A elimination game in Seltz Field Saturday.

The Rebels (17-7 overall) will now take on Hayfield in the Section 1A title game in Seltz Field at 5 p.m. Tuesday. Southland will have to beat Hayfield twice to advance to the state tournament.

After the Athletics scored first, the second inning saw Southland turn the tables with its defense and its offense followed suit as the Rebels took a 7-1 lead.

LP had the bases loaded with one out in the bottom of the second, but it was held scoreless after Southland catcher Jonas Wiste picked off a runner at third and Riley Jax struck out Mac Nelson. Wiste doubled in a run to tie the game in the second and he scored on a wild pitch to put Southland up 2-1. The Rebels pushed that lead to 5-1 when Travis Kirtz knocked in a pair with a single to center field.

The Athletics (18-5 overall) grabbed a 1-0 lead in the first inning when Hunter VaDeer beat out an infield single to score Landon Meyer, who doubled to start the game.

Southland beat Rushford-Peterson 2-1 after it scored on a wild pitch in the top of the seventh inning of Saturday’s first elimination game. Harrison Hanna scored the mound win for the Rebels.