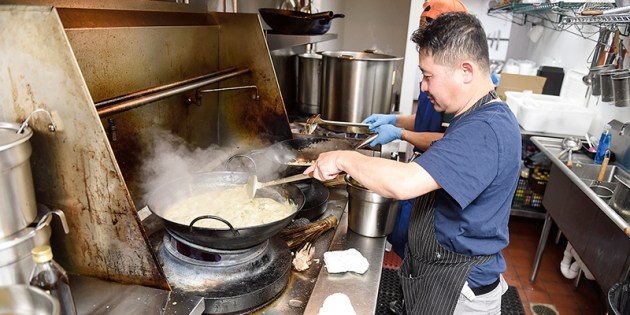 The kitchen of Lawlasoe Restaurant were hard at work Thursday for the start of business. Eric Johnson/photodesk@austindailyherald.com 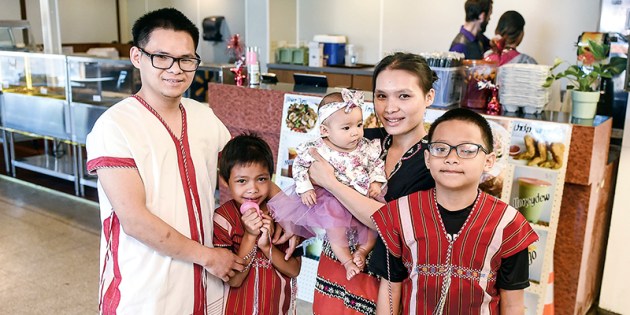 Chit and his wife Marie Lawlasoe have opened Lawlasoe Restaurant in the what was the old Moose Lodge. They are joined by their children Eh Eh Poe, Moses and Faith. Eric Johnson/photodesk@austindailyherald.com 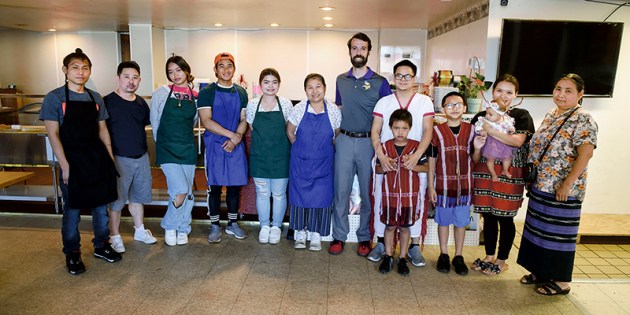 The staff of Lawlasoe Restaurant pose for a picture in the newly opened business. Eric Johnson/photodesk@austindailyherald.com 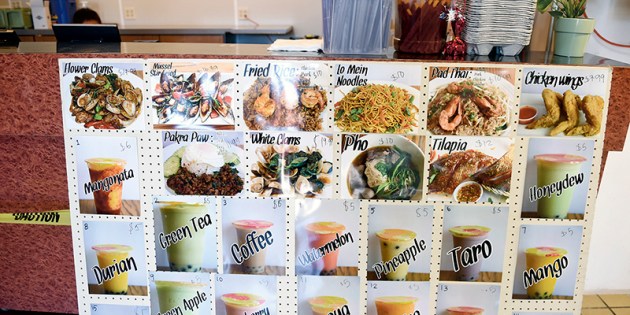 To date Lawlasoe Restaurant has a menu of 10 items and several flavores of boba tea. Eric johnson/photodesk@austindailyherald.com

There’s a new dining experience available in Austin and its owners are hoping to share a little of their culture along the way.

Lawlasoe Restaurant has opened up for business in the old Moose Lodge building located at 208 South Main, the same location as Lawlasoe Market and owned by the Lawlasoe family.

With 10 dishes currently available, along with the popular boba tea, Chit Lawlasoe and his family are hoping to spice up dining options in the city with authentic Thai dishes.

The day was just getting started for the restaurant on Thursday as a pair of cooks worked large woks in the kitchen and customers began filing in.

What people see when they first walk through the doors isn’t the food options or the market, it’s what the family calls a blessing.

The meaning of “Lawlasoe” can be translated to miracle or the power of miracles. It’s an apt reflection of everything the family has been able to accomplish so far.

The restaurant is just three weeks into business, but already there has been transformation from what was originally going to start out as strictly carry out.

Lawlasoe was concerned about his unfamiliarity with regulations and health guidelines a sit-down restaurant would bring, but after doing some digging and working with the Department of Agriculture, Lawlasoe discovered a sit-down restaurant was well within reach and would provide an option for Thai food right here in Austin, rather than driving to the Twin Cities or Rochester.

It was a dream come true.

“I was so excited,” he said. “I wanted to have a restaurant where people could come and dine in.”

It was the first door to open to an authentic Thai experience, which is the adopted homeland of the Lawlasoes, who are a Karen family originally from Myanmar, but who were forced to become refugees to Thailand.

But now the family revels in their adopted Thai heritage and the food served is a reflection of that. At the forefront is a Thai favorite: Pakrow Pa.

“Pakrow Pa is the most special dish,” Lawlasoe said. “It’s really fresh, the ground meat is fresh. Me and my chef were just thinking about doing Pakrow Pa because it is the most famous dish in Thailand. We want that popular here so we want people to try it.”

There are other favorites for people to try including fried rice, flower clams and of course pad Thai.”

But they also are preparing for the future and are preparing to add even more along the way. Just this past Thursday they added egg rolls, however, for the time being they are satisfied to keep things on the smaller end.

What makes Lawlasoe Restaurant so adaptable, however, is the market next door, which serves as another avenue to open people up to Thai and Asian foods.

If customers are looking to do some cooking at home, Lawlasoe and his family are in a perfect position to help guide people.

Despite such a recent opening. Lawlasoe is already looking at the next steps. One of those includes adding a hot pot and a grill to the premises, which Lawlasoe said would be a rarity in the area.

He’s also working on converting the basement into a place where people could rent the space for reunions or parties.