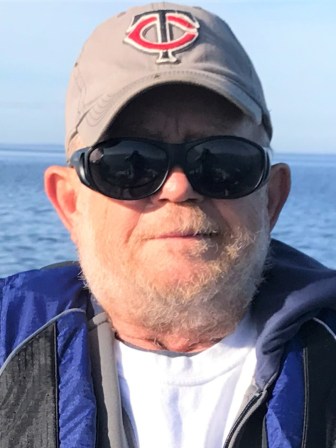 Eugene “Gene” Harmon, loving husband, dad, grandpa, and brother; Gene’s love of life didn’t come to an end with his death. Gene, age 71, of Austin, Minnesota, passed away on Sunday, June 12, 2022, at his home in Austin after a courageous battle with Lewy Body Dementia. He was surrounded by his loved ones who will continue to honor his legacy by living their lives to the fullest. Gene was born to Maurice and Philomene (Selz) Harmon on July 21, 1950, in Marshfield, Wisconsin. In 1963 he moved to Austin, Minnesota with his family and went on to graduate from Pacelli High School in 1969. Gene was blessed with his first son, Aaron, in 1970. He went on to serve in the United States Army from January of 1971 to December of 1972. Gene then met the love of his life, Debra Kay Bray, in 1976 and they were united in marriage on January 11, 1978. Together they had three children, William, Jeff, and Katie. Gene was always known to be a hard worker; he started working for Weyerhaeuser/International Paper Company in 1981 and after 36 years of dedication he retired in February 2017. While working for Weyerhaeuser he also worked for the Mower County Shopper. In 1992, Gene began driving school bus for Southland schools; he drove the evening shuttle bus and for many sporting events. Later, Gene became a Southland route bus driver, assisting Mark Schimt with his Rose Creek route. Gene loved being a bus driver; he loved cheering on his children, grandchildren, and all the athletes of Southland. Unfortunately, after 26 years he was forced to retire from bus driving due to health issues.

If Gene was not busy working or driving bus, he would be found outdoors or inside watching the MN Twins on TV. He had a die-hard love for the MN Twins, and you would even find him listening to their games with an earbud in during, let’s say, some important events. Gene loved fishing with his sons, son-in-law, and grandson, whether on the shore, in a boat on open water, or on the ice up north. He had a love for camping, hunting, and snowmobiling when his children were young. He also enjoyed planting flowers and watching birds with his wife and talking about the life they would want after retirement. Although Gene’s life on earth was cut short, he will live on forever in our hearts. Gene is survived by his wife, Debra; children, Aaron (Deborah) Harmon, William (Emily) Harmon, Jeffery Harmon, Kathryn (Travis) Root; siblings, Tom Harmon, Janie (Craig) Bishop, Joan (Ross) Kunze, John (Sandy) Harmon, Jim (Brenda) Harmon, Terry (Cori) Harmon, Peggy (Mike) Walker, Mary (Jim) Broker; mother-in-law, Norma Bray; brothers-in-law, Joe (Chris) Bray, Don (Linda) Bray; grandchildren, Samantha Harmon, Jordan Harmon, Kassidy Kirtz, Becca Harmon, Mara Harmon, Raegann Harmon, Harvey Root; and many nieces and nephews. He was preceded in death by his parents, Maurice and Philomene; father-in-law, William Bray; nephews, James Bray and Donald Harmon; and many aunts and uncles.

A funeral service will be held at 3:30 p.m. on Friday, June 24, 2022, at Worlein Funeral Home Chapel in Austin with Chaplain Scott Sokol of St. Croix Hospice officiating. Visitation will take place from 1:00-3:30 p.m. prior to the service. To honor Gene’s love of the MN Twins and Southland Rebels, the family is requesting casual dress and either team’s apparel to be worn. To further honor Gene and his love of ice cream, root beer floats, and sweets, his family invites you to Gene’s ice cream social to have a treat in his memory. We would like to give a special thank you to Danielle Bure, RN, and St. Croix Hospice for the amazing care and support for Gene on his journey. A private family interment will be in Rose Creek Enterprise Cemetery, rural Austin. Worlein Funeral Home of Austin is assisting the family with arrangements. Condolences may be expressed to the family online at www.worlein.com.