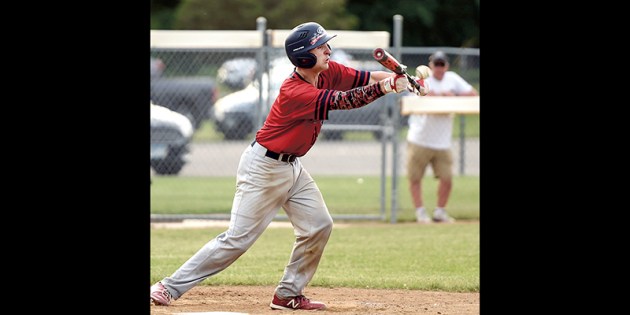 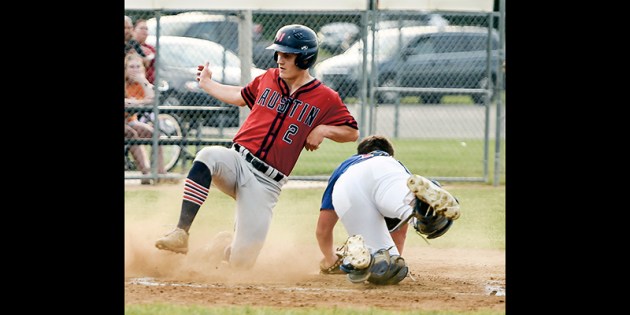 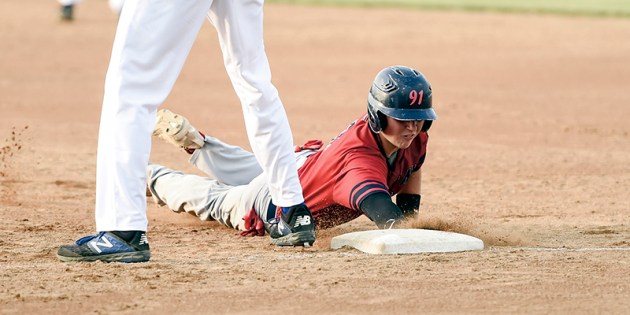 The boys of summer are back.

The Austin Post 91 Legion baseball team received some help from its summer returnees as it beat Owatonna Post 77 7-2 in Marcusen Park Tuesday.

Pacelli grad Zach Bollingberg and Austin grad Bray Klapperick, who have both been away from baseball for a year before this season, each played a crucial role.

Klapperick was effective for Post 91 (2-0 overall) with his bat and his glove as he knocked in a pair of runs, including an RBI single that put Austin up 5-1 in the bottom of the fifth. Peyton Ransom and Dakota Retterath each beat out bunt singles to get Post 91 started in the fifth.

Bollingberg, who went three-for-three at the plate, scored the mound win as he allowed six baserunners in five innings of work, but he was able to hold Post 77 to zero earned runs.

“Getting my arm ready was the big thing right away. Everybody says your swing comes back at you after a couple of days and it really did,” Bollingberg said. “I’ve also been playing for the Hounds and that has been helpful.”

Owatonna had the bases loaded with one out in a 1-1 game in the top of the fifth when Bollingberg came up with a strikeout and Klapperick made a sprinting catch in foul territory in right field to end the threat.

Austin tied the game at 1-1 in the bottom of the fourth when Klapperick pushed an RBI single to right field.

The majority of Post 91’s roster has state tournament experience at the VFW or Legion level and the team has high hopes again for this summer. Post 91 advanced to state in 2021 and 2019. There was no Legion state tournament in 2020 due to the COVID-19 pandemic.

“The expectation is always to go to state,” Bollingberg said. “That’s always a good time and that’s always our goal. We’ve got to take it game by game. Our pitching is good and the bats will come along.”