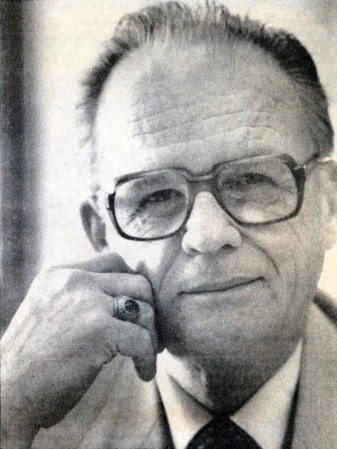 Throughout 93 years here on earth, Vernon Andrew Nordaune gave wholeheartedly of his time, talents and resources. His accomplishments were many, but we remember him most for his kind example—his faith, humor, and service to others.

Destined for a life of service, Vern was born to the Reverend Andrew and Marianna (Rye) Nordaune in Parshall, North Dakota. He grew up in Hayward, Minnesota where his parents ministered to three rural parishes. After honing his considerable southpaw skills on the Tiger’s mound, Vern graduated from Albert Lea High School and went on to earn a Bachelor of Arts Degree in Chemistry from St. Olaf College in Northfield, Minnesota.

After college, Vern embarked upon his first formal service mission: he was accepted into and graduated from the U.S. Naval Officers Training Program in Newport, Rhode Island, and was also awarded an Aerological Engineering degree from its postgraduate school in Monterey, California. Vern’s initial call-of-duty was as a Hurricane Hunter flying storm reconnaissance in the Western Pacific and Northern Atlantic oceans. Later, he served as a forecaster and researcher at the National Hurricane Center in Miami, Florida; he retired as a Commander in the Naval Reserves.

In 1961, his service focus transitioned to education when he moved to Austin, Minnesota with his wife Donna whom he had met while singing in the St. Olaf Lutheran Church choir. A lifelong learner, Vern believed in the power of education to transform both minds and hearts, and this was evident in everything he did. For the next dozen years, he taught junior high science, while also earning a Master’s Degree in Teaching Science Education from Illinois Wesleyan University. In 1973, he was named assistant principal, and in 1975, he became Austin Senior High School Principal, a position he held until his retirement in 1993. During those years, Vern received another Master’s Degree in Secondary School Administration from Mankato State University. Teachers and students alike describe him as kind, one of a kind, and a patient listener who always wanted the best for others.

In retirement, Vern finally found more time for lifelong passions—first, foremost, always, for family and friends. He loved classical music, golf, travel to Jekyll and Sanibel Islands, and especially to the cabin on Pelican Lake. Vern remained an avid sports fan, following the Minnesota Twins, and the Golden Gophers through his final days.

Vern’s example has touched generations of students, staff, family, friends, and yes, complete strangers, too. In his honor, please commit an act of kindness whenever, wherever you can.

Join us for a Celebration of Life Service on Wednesday, May 25th at 2 pm, Gloria Dei Lutheran Church, 700 Snelling Ave. S, St. Paul. Visitation 45 minutes prior to the service. Flowers may be sent directly to the church. Memorials to Lutheran Social Services, Southern Poverty Law Center, the Alzheimer’s Foundation or a charity of your choice are appreciated.