Trucking back to the finals: L-P tops USC to set up another matchup with Hayfield 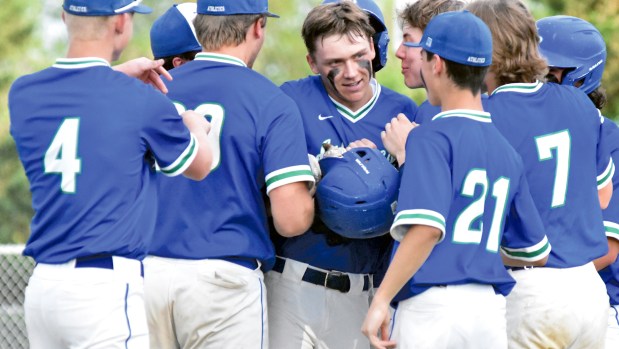 Lyle-Pacelli’s Jake Truckenmiller is greeted by his teammates after his home run. Rocky Hulne/sports@austindailyherald.com 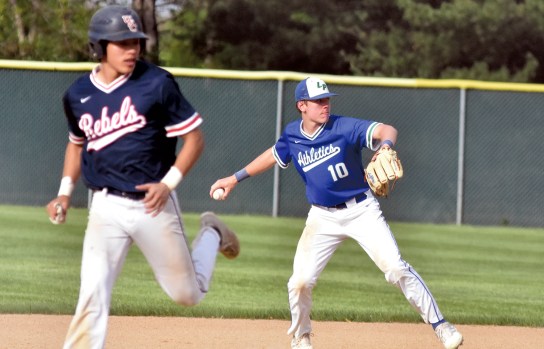 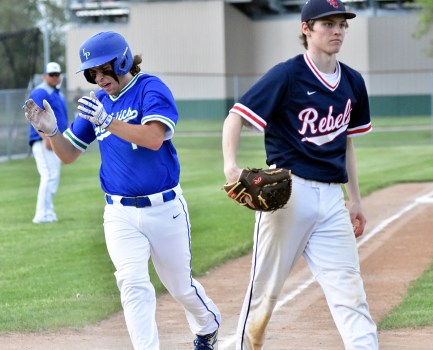 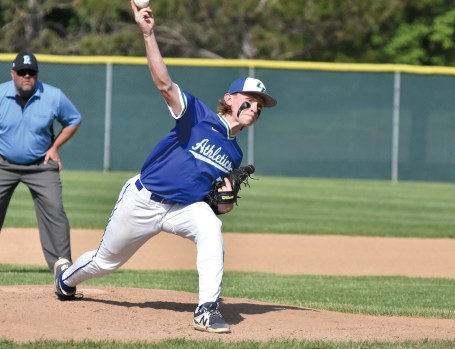 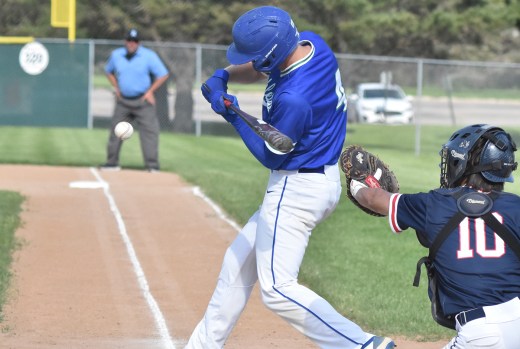 The No. 2 seeded Lyle-Pacelli baseball team may be playing with a lot of new players this season, but the Athletics are right back where they were last season – two wins from the state tournament.

L-P found its hitting stroke early on and its pitchers did just enough to win as it downed No. 6 United South Central 10-6 in the Section 1A semifinals at Riverland Monday.

Hunter VaDeer scored on a throwing error to put L-P up 9-6 in the bottom of the sixth inning and Jake Truckenmiller ripped a solo homer over the left field fence to make it 10-6. Truckenmiller had a double, a triple, a homer and two RBIs, while also pitching three relief innings for L-P (17-4 overall).

He is one of the few holdovers from last years’ team that graduated the bulk of its lineup.

“We’ve surpassed my expectations. I knew we’d be good, but a lot of these younger guys have improved and we’re only going to get better,” Truckenmiller said. “I was seeing the ball pretty well today. On that home run, I just knew it was going to be an inside pitch and on the other ones, I just sat back and drove it.”

VaDeer, a freshman, had an interesting day with his first ever varsity mound start. VaDeer didn’t allow USC to put the ball in play until the 20th hitter he faced in the game. However, VaDeer went just three hitless innings, as he walked 10 and struck out eight, while allowing two early runs.

“First, it was a little rocky. I was trying to control it too much,” VaDeer said. “I just had to let loose and then it was a lot easier and I lived in the zone. Jake did a good job after me and Jack (Klingfus) closed it out. We hit really well.”

While he struggled with his control on the mound, VaDeer, who went three-for-four at the plate with two RBIs, showed a lot of velocity.

“He’s got a lot of potential,” Truckenmiller said of VaDeer. “He’s only a freshman and if he consistently throws strikes, it’s going to be hard to hit off him.”

L-P will play top-seeded Hayfield in the Section 1A semifinals at noon Saturday at Dick Seltz Field. The Athletics lost to Hayfield twice in the Section 1A finals last season and they lost to the Vikings 7-0 in Marcusen Park on May 2.

Both teams will have their full pitching staff available with a three four-day break.

VaDeer thinks L-P has a chance against the defending champs if the Athletics bring their best on Saturday.

“If we hit and throw strikes, I think we’ve got a shot,” VaDeer said.