Suspect in connection to the killing of David Harris changes plea 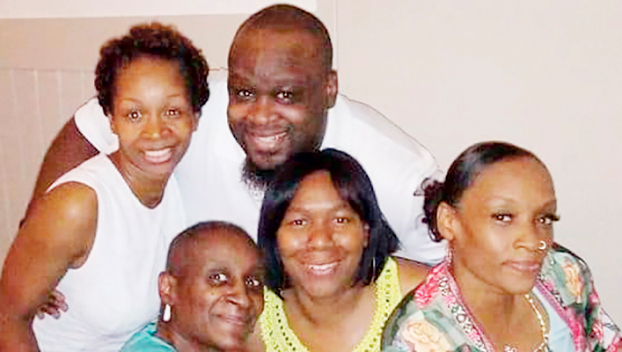 David Harris is pictured with Anjeliek Comeaux, Danielle Moore, Erica Jeffers and Ola Lloyd. Harris was the victim in in a July 2021 shooting. He was 45. Photo provided

A man charged in the 2021 shooting death of David Harris has entered a change in plea in Mower County District Court Wednesday.

Nathan Lavandas Forrest, 21, pleaded not guilty to second degree aiding and abetting murder without intent and first degree aggravated robbery in September of last year, however, on Wednesday he changed his plead to guilty on the murder charge.

There has been no date set for sentencing.

The suspected murderer in the case, Miguel Nunez Jr., 19, was arrested on July 8, in Sioux

Harris was shot in June of last year and died at the scene of his home in the 100 block of 12th Street Northeast.

According to court documents, Harris was shot when Nunez allegedly tried to steal drugs from the home. A witness at the home said Harris had heard the commotion, grabbed a gun and entered the room where he was shot three times.

Nunez is currently in Mower County Jail, held on $1 million bail. He is slated for a jury trial on July 11 of this year.