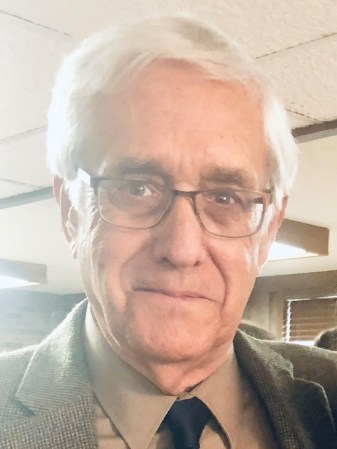 Richard was born January 7, 1938 in Austin, to Orvis and Alice (Smith) Jahr. He grew up in Austin and graduated from St. Augustine High School (Pacelli High School.)

On May 16, 1959 he was united in marriage to JoAnne Swank at Queen of Angels Catholic Church. They were stationed in Germany where he served in the United States Army Intelligence Division. Upon returning to Austin in 1963, Richard was employed at the Milwaukee Railroad for many years, spent time as a real estate broker, and many additional years as a self-employed painter until he retired.

Richard was an active parishioner throughout his life at St. Augustine Catholic Church; school board, parish council, lay distributor, faith formation, finance council and parish trustee member. He enjoyed cookouts with family, watching his grandchildren’s sporting events, reading, story-telling, and spending time in prayer. He was guided in all aspects of his life by his prayerfulness and deep faith in God.

He is preceded in death by his parents; brother, Bill Jahr, and sister, Nancy Cummings.

A Funeral Mass will be celebrated 11 am on Monday, May 16, 2022 at St. Augustine Catholic Church with Father James Steffes officiating. Friends may call from 4-6 pm on Sunday at Mayer Funeral Home and also one hour before the mass at the church on Monday. Interment will be in Calvary Cemetery.