Rebels’ milestone season ends in a loss to FBA 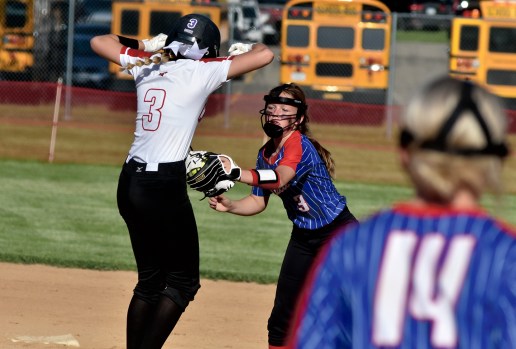 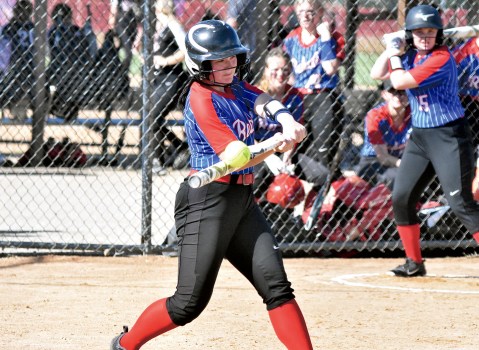 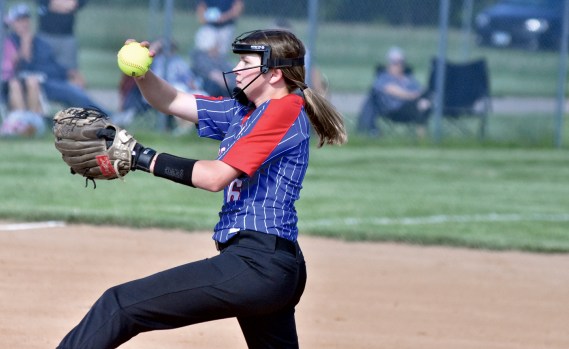 Laney Weis goes through her pitching motion for the Rebels. Rocky Hulne/sports@austindailyherald.com 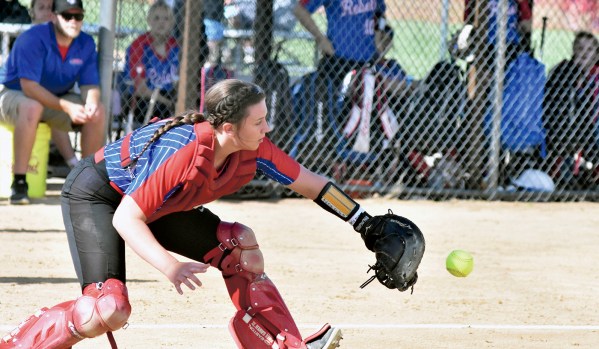 Olivia Matheis reaches to pull in a throw at the plate. Rocky Hulne/sports@austindailyherald.com

Although the Southland softball team saw its season come to an end in an 8-1 loss to Faribault Bethlehem Academy in a Section 1A elimination game in Todd Park Tuesday, the Rebels still left the field with a lot to be proud about.

Southland (13-9 overall) had its winningest season since 2011 and the Rebels were also playing in their first section tournament since 2011. Much of the credit goes to seniors Hattie Wiste, Bailey Johnson, Kiyanna Meyer, Lynsey Wilson and Olivia Matheis, but the team also has a young core that is hoping to carry the success into next spring.

“The seniors really laid a foundation down,” Southland head coach Greg Schulte said. “They set an example for the younger ones and we have a good group of younger girls who can hopefully follow through on this.”

The climb to a winning season has been a long one for a Southland team that hasn’t had a season like this since its current seniors were in first grade. Without a tradition to build on, the seniors endured a lost season due to COVID-19 during their sophomore year and things were looking bleak.

However, the Rebels stayed with it and they reaped the benefits this spring.

“It feels great to come this far and do this great after our freshman year when we were like 0-22 and didn’t do anything,” said Wiste, who had Southland’s lone RBI in the third inning. “I’m very proud of my team. It sucks losing and I know we could’ve gone further, but hopefully they keep it going next year and keep playing hard.”

FBA (16-6 overall) took a 3-0 lead in the first inning when Anna Tobin launched a two-run homer. From that point on, FBA pitcher Morgan Wilson took over as she held the Rebels to just one hit.

“She was good,” Schulte said of Wilson. “She kept us off balanced a little bit and the wind was a little bit of a factor with the ball moving a little more.”