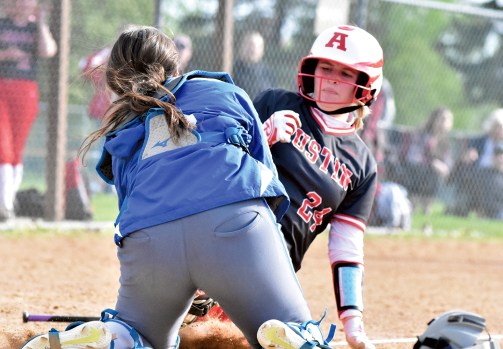 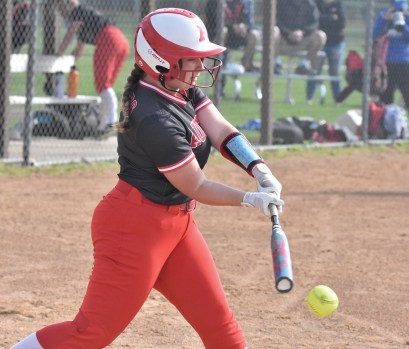 Madi Herrick takes a swing for the Packers. Rocky Hulne/sports@austindailyherald.com 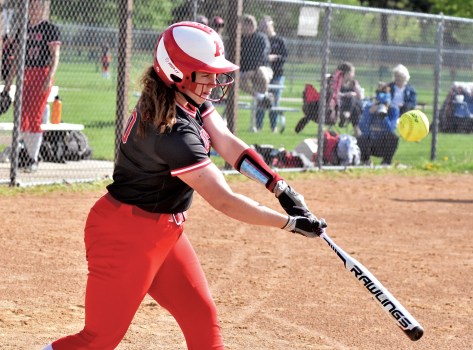 Kate Holtz fouls off a pitch for the Austin softball team against Kasson-Mantorville in Todd Park Friday. Rocky Hulne/sports@austindailyherald.com 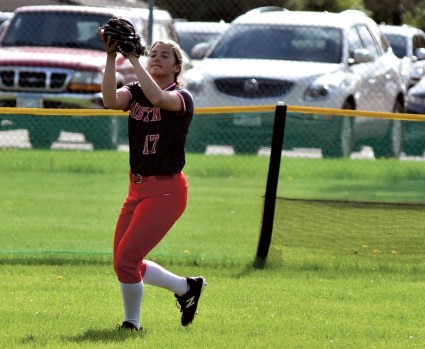 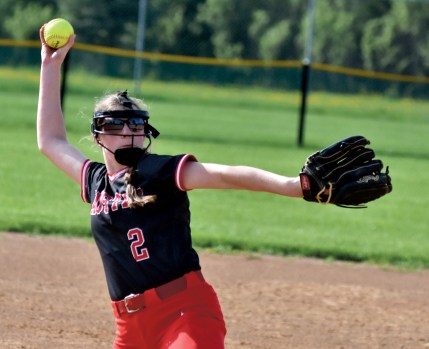 The Austin softball team put together one of its best performances of the season as it went toe-to-toe with Kasson-Mantorville, before bowing out to the KoMets 5-3 in a regular season finale in Todd Park Friday.

KM scored twice in the top of the seventh to grab a 5-3 lead, but Austin had runners on first and second with no outs in the bottom of the seventh when Abby VanPelt reached on an error and Kate Holtz singled. Unfortunately for the Packers, the next three hitters went down in order to end the game.

Austin head coach Lisa Lage was pleased to see her team compete and battle throughout the day against KM (12-4 overall), which will likely play Austin again in the Section 1AAA tournament next week.

“Part of my brain is saying, ‘of course we wait until the last game of the year to play this way.’ But being able to bring this energy to the section tournament is what a coach wants,” Lage said. “It’s a team that knows they can truly play to their abilities and play well.”

Austin (1-14 overall) had tied things up at 3-3 in the bottom of the sixth when Lucy Lagervall knocked in two runs with a single to center field and Ava Denzer doubled to right field to tie the game.

The wind made things interesting for outfielders throughout the day as it was blowing in strong, but Austin pitcher Abby VanPelt stayed focused as she walked just one and allowed only three earned runs in seven innings.

“I always trust in my defense tonight and they did a really good job,” VanPelt said. “I just went with what (catcher) Katie (VanPelt) was calling behind the plate. This was definitely the boost that we were looking to push us into sections. We’re ready now and everybody was mentally here tonight. I’m so thankful for that.”

Austin missed out on a pair of scoring opportunities earlier in the game as Kate Holtz was thrown out at second on a two-out double steal attempt that would’ve scored a run in the third and Denzer was thrown out at the plate on a fielder’s choice in the fifth inning.