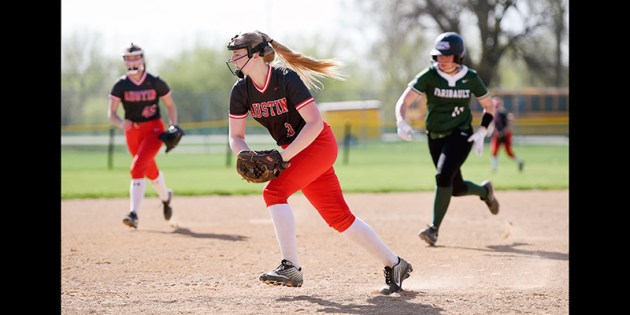 Alia Retterath turns back toward third base to get the force out against Faribault Thursday night at Todd Park. Eric Johnson/photodesk@austindailyherald.com 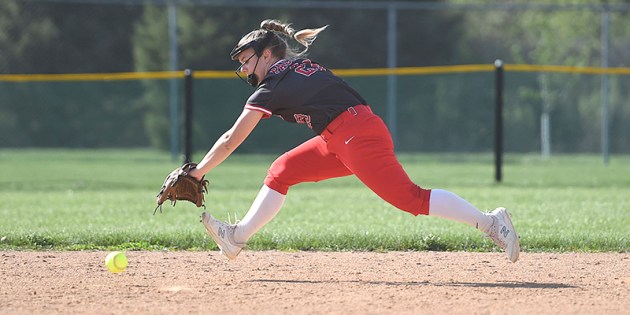 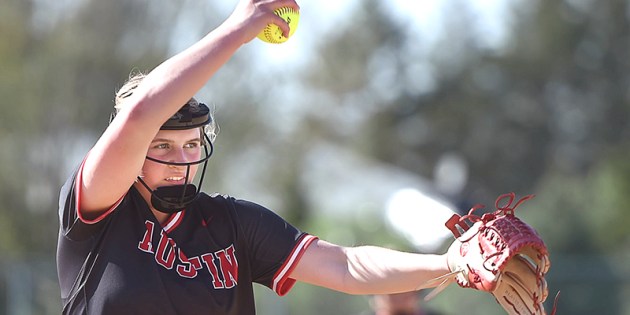 A week after they scored their first win of the season, the Packer softball team was in prime position to grab another win. But things went south in the final inning as Austin fell short to Faribault by a score of 12-6 in Todd Park Thursday.

The Packers were within a run after six innings, but the Falcons (5-11 overall) tagged on six runs in the top of the seventh inning.

“I’m hoping it’s going to be a learning opportunity for the girls to figure out that just because you have one win, it doesn’t mean that they’re just going to start coming. We still need to keep working and we need to keep trying,” Austin head coach Lisa Lage said. “I get that it’s been hot all week, but the other team is playing in the same weather. We have to learn how to push through and compete no matter who we’re playing.”

Austin (1-11 overall) led 5-4 after three innings as Kate Holtz doubled in two runs and Lucy Lagervall hit a two-run homer, but that was the last offense the Packers could produce.

“We did have some great things and we forced some three up, three down innings,” Lage said. “I think with this game going over two hours that the mental part of it drained on us towards the end. It got to be a longer game and I think that caused us to pull our heads from the game a little bit.”