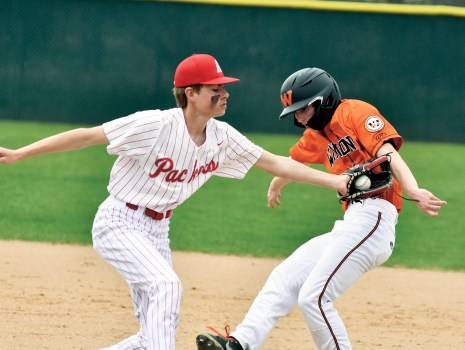 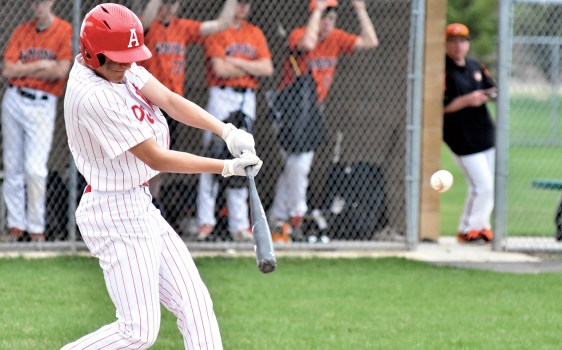 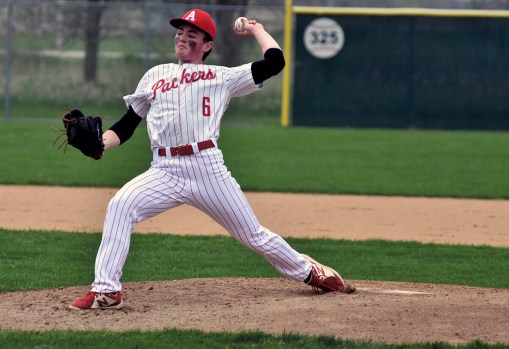 The Packer baseball team was plagued by miscues throughout the night as it dropped both games of a doubleheader to Winona by scores of 5-4 and 9-5 in five innings in Seltz Field Tuesday.

The Packers overcame a rough second inning in the first game, which Austin played as the road team in, but Austin wasn’t able to finish things off as the Winhawks had a late response.

Winona took a 5-4 lead when Jonathan Heftman dribbled a grounder through the left side of the infield for a two-out RBI single in the bottom of the sixth.

That hit came right after the Packers had tied the game up at 4-4 in the top of the sixth when Isaac Stromlund singled to right field for a one out RBI.

Austin pulled to within 4-2 when Dakota Retterath roped a two-out RBI single up the middle in the top of the third inning. Retterath, a sophomore, was three-for-six with two RBIs on the day for Austin.

“We just had some bad innings today,” Retterath said. “We hit the ball well in the first game, but we just couldn’t get enough runs in. We just  have to keep our heads up and stay positive in the dugout.”

The Winhawks loaded the bases with just one out in the bottom of the third, but Austin pitcher Nick Robertson came up with a strikeout and forced a pop out to escape the threat unscathed.

The Winhawks took advantage of several Austin miscues to put up four runs in the bottom of the second inning. Winona’s first two batters of the inning walked and the Winhawks scored a run off an Austin error, another on a miscommunication on a fielder’s choice and a third run on a balk.

The Packers (4-7 overall) registered a hit in four out of their first seven at bats of the game, but they had zero hits over the next two innings.

The Winhawks (5-5 overall) scored nine runs before they even had a hit in the game. They didn’t record a single until there were two outs in the top of the fifth.

The bulk of the damage came in the third inning as Packer pitchers walked three, hit a batter and Austin committed three errors to set the table before Winona went up 6-4.

“We just had one bad inning in each game,” Austin head coach Jacob Nelson said. “That was the big difference. If you take away those two innings, we probably win both ball games. Baseball is a streaky sport and hopefully we can get a good streak here going. Nick Robertson pitched and hit well for us and Dakota hit the ball real well.”

Austin struck fast in the bottom of the first inning of the nightcap as it plated four runs in the frame.

Retterath put the Packers on the board when he one-hopped a single over third base to make it 1-0 in the bottom of the first. Jared Lillemon added an RBI double and RJ Wieseler knocked in two more with a single to right field.