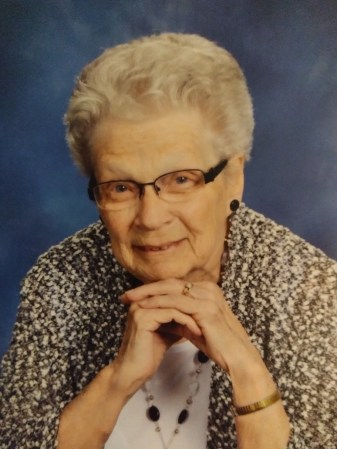 Mary Jane Lenoch, age 94 of Rochester and previously Austin, died on Wednesday, May 18, 2022 at Samaritan Bethany Home on 8th.

Mary Jane was born on December 19, 1927 in Austin, Minnesota to Lee and Margaret (Grant) Tindal. She grew up in Austin and graduated from St. Augustine High School.

On August 30, 1947 Mary Jane was united in marriage to Floyd Lenoch at St. Augustine Catholic  Church in Austin. Mary Jane and Floyd resided in Austin where they raised their family.

Mary Jane was a member of St. Augustine Catholic Church until moving to Rochester in 2009. She enjoyed embroidering, crocheting, canning produce from the garden, and cake decorating. Mary Jane was always ready to spend time with her family especially on vacations to northern Minnesota, sporting events and holiday gatherings. Family was the most important part of Mary Jane’s life.

A Funeral Mass will be celebrated at 11 AM on Tuesday, May 24, 2022 at St. Augustine Catholic Church with Father James Steffes officiating. There will be a 9:30 AM rosary followed by visitation at 10:00 AM prior to the Mass.