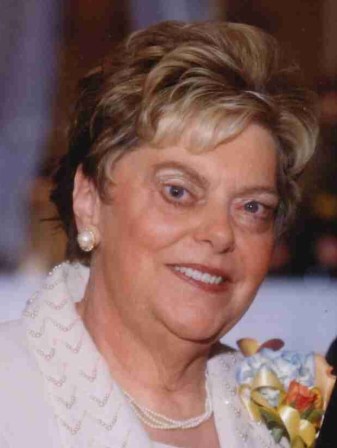 Linda was born April 21, 1946 in Hibbing, MN, to Steve and Helen (Karisny) Becchetti. Growing up she took dance lessons and played the clarinet in the band. She graduated from Hibbing High School in 1964 and earned her Bachelors in Education with a specialty in Library Science from St. Cloud State University in 1968. For two years she taught in Chaska. On August 1, 1970 she was married to Dennis Maschka in Hibbing, MN. They moved to Mapleton, MN, where she worked as a librarian at an elementary school. In 1972 they relocated to Litchfield, MN, and she worked as a librarian and teacher. Thereafter, in 1975, they moved to Austin where she was a proud resident ever since.

A lifelong educator, Linda taught in nearly every school in the Austin area. Before having kids she worked as a full time teacher and after she served as a substitute teacher for decades. She continued to spend time in the classroom as a volunteer reading specialist even after her retirement.

Linda was a devoted wife to Denny and was always happy to support his work and community involvement. She was always by his side planting trees with Spruce Up Austin, fundraising and handing out uniforms for Austin Youth Football, and at the Hormel Nature Center events. At the Nature Center, Linda led the pre-school program Tiny Tots, coordinated events for Pioneer Days, and later served as a Board Member. When Denny chaired the FreedomFest, Linda took on managing merchandise sales and she was duly recognized for her efforts with an award indicating that she could “Sell Ice Cubes to Eskimos”. Through Denny’s work and with Minnesota Parks and Recreation Association they spent many summer weekends working softball tournaments where Linda was delighted to manage the t-shirt sales. For many years she hosted the Southern Minnesota Parks and Recreation Association holiday party in their home and she continued to do so after Denny passed. When Denny went into business to sell the batter’s box stabilizers that he invented she gladly became president of Denlin Inc. They traveled to trade shows across Minnesota and the Midwest and she ran the day to day operations of the business from home.

The two of them were a fixture at every local gala and fundraiser. Linda loved to attend dinner dances and community events. She was also a dedicated advocate for the arts and a patron of the performing arts in Austin and beyond. She volunteered and supported Matchbox Children’s Theater, Austin Symphony Orchestra, Summerset Theater, and the theater productions at Riverland Community College. She sold subscriptions to and attended the annual Austin Artist Series. She devoted boundless energy to the restoration of the Paramount Theater through Austin Area Commission for the Arts. Once back in operation, Linda was at countless performances as a volunteer usher or concessionaire.

Linda was a committed community organizer and leader. She is a past President of the Austin Jaycee Women and through that became a board member for the Miss Austin pageant. She coordinated donations and volunteers for the Food Committee for the Miss Minnesota pageant. She spent many years in service to the Good Earth Food Co-Op. She served on the board at Cedar Valley Services. At the Hormel Historic Home she was also on the Board and she loved to participate in everything offered there. She spent many years on the Queen of Angels Rosary Council and served as Chair. In this capacity she organized donations for the Pope’s Closet, coordinated innumerable luncheons and she and Denny were often in the kitchen cooking everything from turkey dinners to the soup for the Stations of the Cross. They also hosted and led a Renew group, served as mentors and counselors to engaged couples, and she taught religious education classes through the Church.

Crafting was a lifelong pursuit for Linda. She created hundreds of original pieces and her interests ranged from cross-stitch to crochet, quilting and painting. It brought her so much joy to give gifts that she made with her own hands. She loved to make holiday wreaths and bees wax candles at the Nature Center. She gathered together with likeminded friends in a craft club for many years and continued to make work with friends in recent years. When Denny passed she turned his polo shirts into teddy bears and gave them to friends and family to remember him by.

Community and care for people were paramount to Linda. She was deeply invested in her friends and family and always had time to catch up. She cultivated and maintained many close friendships, some of them going back 50 years and others all the way back to childhood. She remembered every detail and was always concerned about everyone’s well-being and what they were up to. Many will fondly remember having coffee and gossip with her at the kitchen table. Linda was always interested in civics, politics, the news, and the weather. She belonged to many card clubs over the years. She organized neighborhood garage sales and when she was widowed she formed a support group with other widows called Spiders. She made sure that they took care of each other and scheduled get togethers to ease their loneliness.

A funeral mass will be celebrated at 11am on Friday, June 3, 2022 at St Augustine Catholic Church. Friends may call from 9-11am on Friday before the mass at the church. Interment will be in Calvary Cemetery.