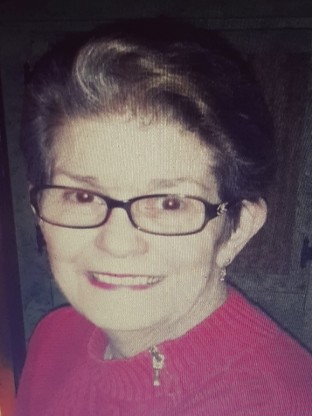 Joyce was later married to George Ernest Cloutier of Faribault, MN, and that union ended in 1964. Joyce later married Lawrence Henry Hertle from Brownsdale, MN. And from these two marriages, 5 children were born. Anita, Mark Dwayne, Bonnie and Deena. Joyce moved on and met her significant other, James Bellrichard in 1974, and in 1980 of September, a son, Benjamin Bellrichard was born. Joyce and Jim later married and have been together up until her passing.

Joyce’s hobbies included gardening, crocheting, writing poems, canvas painting, candle making, crosswords, fishing, camping and long rides on the motorcycle with her husband Jim. Joyce worked many jobs during her lifetime, but her dream was when she opened her own floral shop, Green Mansions on Main Street in Austin, MN. Joyce’s other residences were Waterloo, Iowa, Sioux Falls, S.D. and back to Austin, where she stayed for the last 20 years of her life.

Service will be Tuesday, May 3, at 2 p.m. at Grandview Cemetery. Worlein Funeral Home is in charge of arrangements.

Joyce will be sadly missed by her daughter Bonnie Ryther and special friends and family.