Heydt carves up the Athletics in a shutout win 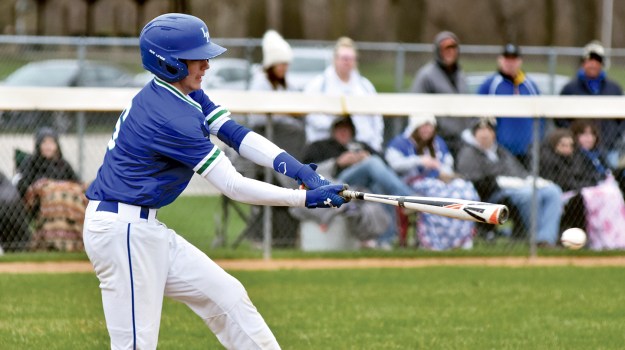 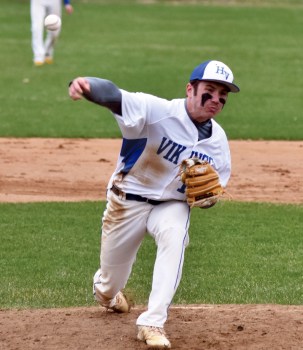 Hayfield’s Karver Heydt winds up for a pitch. Rocky Hulne/sports@austindailyherald.com 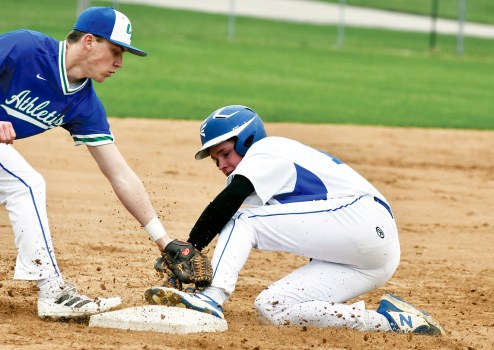 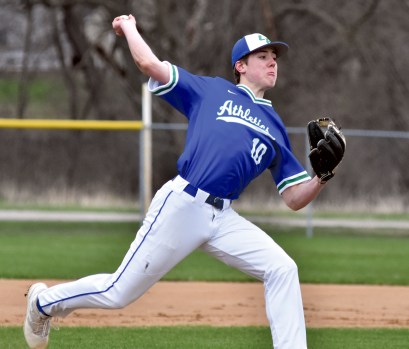 The Hayfield baseball team may not have the firepower it had last season when it won its first ever Class A state title, but the Vikings are still a contender due to the heat they throw on the mound.

Karver Heydt, who is Hayfield’s No. 3 pitcher, struck out 14 as he hurled a shutout to lift Hayfield to a 7-0 win over Lyle-Pacelli in Marcusen Monday.

“We’re thankful that we have very elite pitching. We have three guys that can absolutely hum it in there,” Hayfield head coach Kasey Krekling said. “Karver is probably our No. 3 and he struck out 14 guys today. That shows how deep our pitching is. Our offense hasn’t been there yet. We have guys that are capable; we’ve just got to get there. We’re going to have to manufacture a lot of runs and we may not have too many 10-run games, but pitching is our calling card.”

Hayfield (7-1 overall) took a 4-0 lead in the second inning when Nolan Klocke drove in a run with a single and another run scored on an L-P error. Klocke, who added a double and finished with three RBIs, was Hayfield’s No. 8 hitter last season, but has moved up to the No. 2 spot this season.

“We’ve got half of our team back from last year and that helps us a lot,” Klocke said. “It’s honestly super important for the top of the order to produce. If we’re getting hits, then that gives the other guys the confidence to swing hard and hit the ball.”

Heydt scattered three hits and he walked just two in the win. He said the Vikings always play like they have a target on their backs and he’s hoping they can get as many games they can in these last three weeks before the Section 1A Tournament.

“We just want to get every game that we can for the last ride,” Heydt said.

Heydt and Klocke, who is one of Hayfield’s other top pitchers, have both benefited from Hayfield senior Easton Fritcher moving to shortstop. Fritcher, who is left handed, is a Gopher commit who has always played outfield before this season, but he’s learning the position fast and he made a couple of big plays that kept LP in check on Monday.

“Anywhere that kid plays, it’s the best spot for him,” Heydt said of Fritcher’s new position. “Because he’s the best player on our team.”

Mac Nelson surrendered just six hits in a little over six innings for L-P (4-2 overall), which has still only had one outdoor practice at Marcusen Park this season. The Athletics were also playing without Dane Schara, who was out with an illness.

“I think Mac pitched well enough to keep us close to winning the game. He threw strikes, but our issue has been when we walk people, we get an error or give up a big hit. We just can’t seem to get through a nice one, two, three inning,” L-P head coach Brock Meyer said.

Meyer was glad to get his young team to have a chance to play against a tough pitcher, who can push them a little bit out of their comfort zone.

“I just kind of let them play tonight to see how we match up with them,” Meyer said. “We’ve just gotta have better at bats. We’ve only seen a really good curveball one other time before today and it’s hard to adjust to that.”