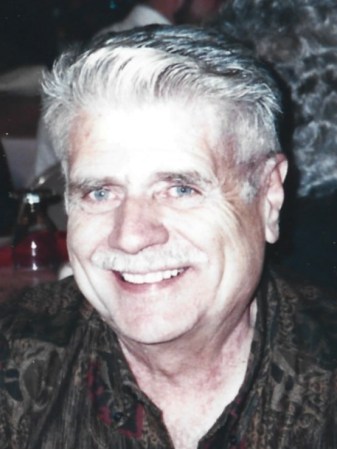 Ed Sheimo, age 90, passed away at home under hospice care on May 3, 2022. Ed was born January 21, 1932 in Lake Mills, IA. His parents were Edwin Arthur and Clara Amelia (Nelson) Sheimo. Ed graduated in 1950 from Lake Mills High School. After he graduated, he worked on the wheat harvest, traveling from Kansas up to the Canadian border. When he was done with the harvest, he moved to Albert Lea, MN and worked at Wilson Meat plant. On his time off he drove a taxi in Albert Lea. Ed then worked at a gas station after he left Wilson’s. He then moved to Austin, MN where he bought the Deep Rock gas station which he sold and bought a mobile home park in Albert Lea. He sold that and bought the Viking Motel in Sisseton, SD. Ed and Rita ran the motel for 10 years, sold it, then moved back to Austin, MN. Ed then delivered cement trucks for McNeilus all over the United States for 10 years. This was his favorite job.

Ed married Carol Aase in Albert Lea in 1951 and had four children. They divorced in 1972.

On March 26, 1982, Ed married Rita Schroeder at the Little Brown Church in Iowa. They had a blended family of eight children.

Ed and Rita travelled extensively to Hong Kong, Alaska, several cruises, Canada and all over the United States.

Ed’s parents, his brother Roger, and three step-brothers preceded him in death.

Ed chose to donate his body to Mayo so a burial will follow later.

Ed’s favorite charity was St. Jude Children’s Hospital so he would have liked any donations to go to this charity in lieu of flowers.