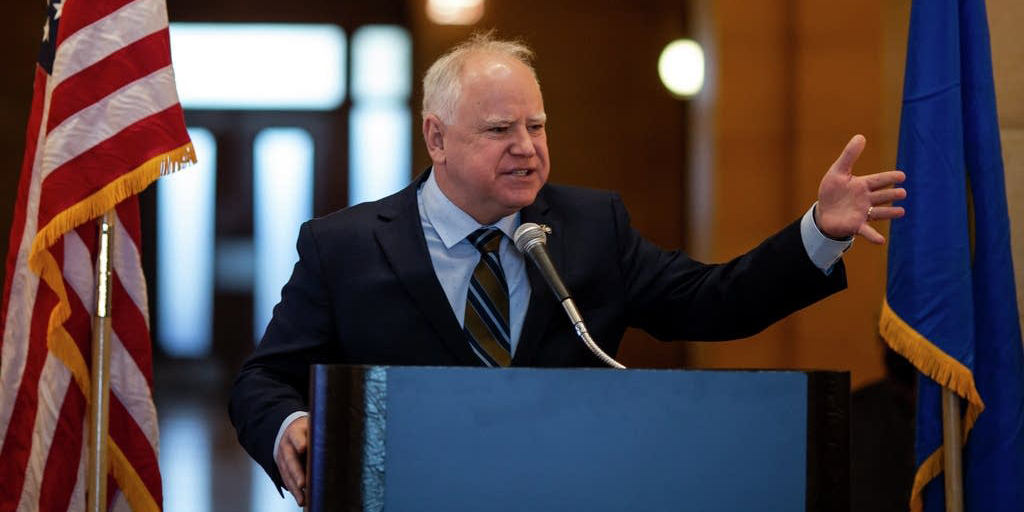 Gov. Tim Walz has been supportive of the abortion movement and vows to protect abortion access in Minnesota. Kerem Yücel for MPR News

The growing possibility that the U.S. Supreme Court will upend decades of precedent around abortion law has invigorated a political struggle about what comes next just months before the midterm elections.

A leaked draft of an opinion that overturns the 1973 Roe v. Wade decision legalizing abortion doesn’t mean a final Supreme Court ruling will go that far. And if it does, Minnesota is not among the states where abortion would be instantly outlawed.

That’s because a 1995 state Supreme Court decision called Doe v. Gomez built in a constitutional right to the procedure.

Right now, a political divide at the Capitol — with a DFL governor and House and a Republican Senate — has stopped recent attempts to enact new abortion restrictions.

Gov. Tim Walz said Tuesday he won’t budge on that, and that it would be up to voters to decide if that’s the stance they want their governor to take.

“I am very clear about this: That the decisions in November will have huge repercussions for generations to come on women’s health, safety and personal health care choices,” Walz said. “So we’re focused on it.”

Walz is on the ballot in November. So are all 201 seats that will determine legislative control come January.

“I would try to ban abortion. I think that we’re basically in a situation where we should be governed by pro-life. There is no reason for us to be having abortions going on,” said Scott Jensen, a doctor and former state senator, in an interview with MPR News in March.

“We think that the roadmap for overturning Roe v. Wade at the national level is something that, in a sense, we can begin to start replicating,” Bratrud said. “That pro-life groups across the state, pro-life people will be working together to secure a future in Minnesota where abortion is not only illegal but unthinkable.”

A ruling that picks away at the state’s Doe v. Gomez decision doesn’t appear imminent, given that five of seven Minnesota Supreme Court justices were appointed by Democratic governors.

Sen. Michelle Benson, R-Ham Lake, who has sponsored many bills to restrict abortion but who isn’t running for a new term, said the makeup of the state’s high court inherently would slow down any dramatic abortion shift in Minnesota.

“But I think Minnesotans across the board want us to reach consensus, support mothers and protect unborn babies,” Benson said.

Walz said the abortion issue can’t be viewed in isolation.

If Republicans regain the Minnesota House and hold the Senate, they could seek to advance possible restrictions no matter who wins the governor’s race. The legislature can put constitutional amendments on the ballot solely with majority votes.

But nothing would reach a ballot until 2024 at the earliest and passage by voters is far from a sure thing.

Sarah Stoesz, the president of Planned Parenthood North Central States, which includes Minnesota, said a nationwide reversal of abortion rights would be a motivator for voters this year who have taken the issue for granted.

“My message is that elections matter. And now is the time to mobilize,” Stoesz said. “There is no moment like this moment. It is a decisive moment, and one that the country has never faced before in the way that it is facing today.”