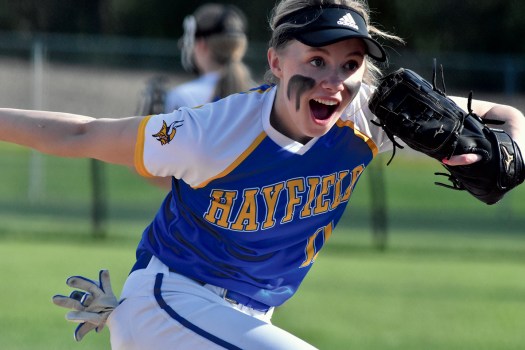 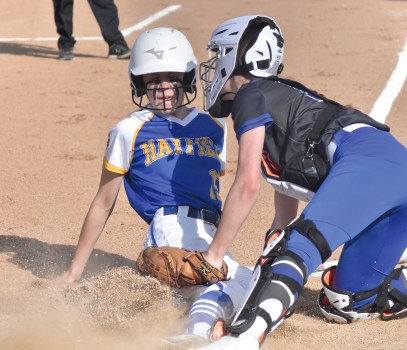 Hayfield’s Maggie Hansen slides past a tag to score a run. Rocky Hulne/sports@austindailyherald.com 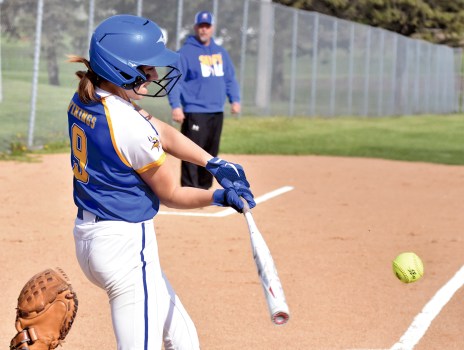 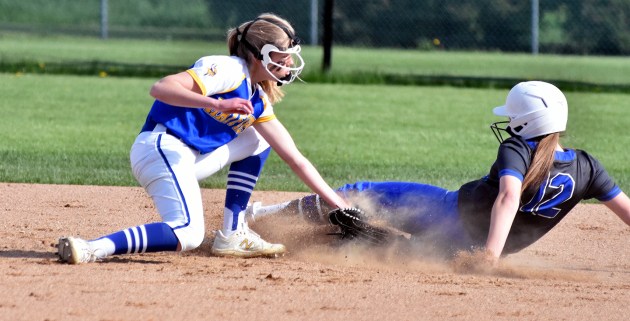 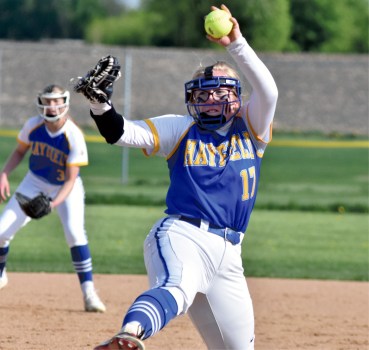 Anna Bamlet fires a pitch for the Vikings. Rocky Hulne/sports@austindailyherald.com

HAYFIELD – The top-seeded Hayfield softball team was relaxed and ready as it stayed loose and topped No. 8 Janesville-Waldorf-Pemberton (1-14 overall) 8-0 in a Section 1A West Tournament opener in Hayfield Monday.

Throughout the team’s in-between inning dance sessions to keep the mood light, Hayfield senior Anna Bamlet was lights out in the circle as she struck out 15. Bamlet, who also went two-for-three with an RBI, was pitching to her younger sister Nora Bamlet, who is Hayfield’s freshman catcher.

“Having my sister behind the plate is the most fun thing ever and I completely trust my defense behind me,” Bamlet said. “They have my back and they’ve made so many amazing plays this season. It’s really reassuring to not have to do it by myself.”

The Vikings (12-7 overall) scored four runs off a few JWP errors in the bottom of the fourth and they never looked back from that point.

While the pressure of the playoffs is now on, Bamlet isn’t feeling any nerves, even though she is the lone senior on the team.

“We just kind of go out and have fun. Our biggest goal this season has been to have fun,” Bamlet said. “Winning comes with having fun and trusting each other. We want to go as far as possible, but anyone can beat anyone on a given day.”

Hayfield has a young roster with five starters, who are sophomores or younger. Kenna Selk, a freshman second baseman, is actually considered a veteran as she started last year as well.

Selk went two-for-three with an RBI on Monday.

“We’re getting more used to the game. Last year I was really nervous, but I’ve been more calm this season,” Selk said. “Anna’s a huge leader. She gets us going every single game and she keeps us in the game.”

Hayfield will host No. 4 Waterville-Elysian-Morristown at 5 p.m. Tuesday.