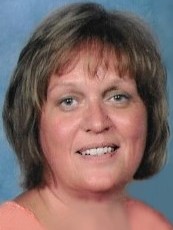 Cynthia “Cindy/Sis” Jensen, age 71, of Austin, MN was surrounded by family as she passed away on Thursday, April 28, 2022, at St. Mark’s Living in Austin. Cindy was born in Austin to Jim and Avis (Leidal) Johnson. She was baptized and confirmed at St. Olaf Lutheran Church, where she was a lifelong member. She was a proud member of Austin High Schools Class of ’69. Cindy loved being a part of the Class Reunion Committee and helped plan many fun reunions. After high school, she went to nurses training in Rochester, MN and became a Licensed Practical Nurse. On October 2, 1971, she married Kenwood A. Jensen at St Olaf Lutheran Church. Cindy and Kenwood were blessed with two daughters. Cindy was a nurse for Dr. Morris Lommen until she became a mother. When Kenwood passed away in 1981, Cindy took on the role of both mother and father to her girls and they were everything to her. She always went above and beyond as a mom. She graduated from Secretarial Training and received a degree in 1982. In 1986, Cindy and the girls joined her parents in Arizona but realized that Austin was always going to be home and returned about a year later. With the girls being older now, Cindy went back to work as an Emergency Room Ward Clerk in 1988. Couple years later she started in the pharmacy, working there until she retired on Dec 31, 2016.

Becoming a grandma was the best thing in the world to Cindy, she would do anything for her grandchildren. She loved going to all their activities and having them spend the night with her. She took them to Disneyworld in Orlando and rode all the rides with them. Cindy became even more blessed with four great-grandchildren and loved every minute with them.

Cindy enjoyed taking vacations with her family to Okoboji every summer. Seeing all the kids have fun down there made her heart happy. Cindy traveled to Canada to watch CJ play baseball, enjoyed the trip to Arizona with Karissa, and had an awesome time going to Las Vegas for Kendra’s 21st birthday. After her parents moved back to Minnesota in 2006, she spent a lot of her time caring for them. She was a great cook and made amazing meals for family nights. She also enjoyed crossword puzzles, reading, watching scary movies, and dressing up for Halloween. After being diagnosed with Alzheimer’s in July of 2019, Cindy moved to St. Marks Living. The family is extremely thankful for the care she received there including visits from special cousin Jodi Kaput. Also, many thanks to Ecumen Hospice.

A funeral service will be held at 1:00 p.m. on Thursday, May 5, 2022, at St. Olaf Lutheran Church in Austin. Visitation will take place from 5:00-7:00 p.m. on Wednesday, May 4, at Worlein Funeral Home in Austin and will continue for one hour prior to the service at the church on Thursday. Interment will be in Hillcrest Cemetery, Albert Lea, Minnesota. Worlein Funeral Home of Austin is assisting the family with arrangements. Condolences may be expressed to the family online at www.worlein.com.