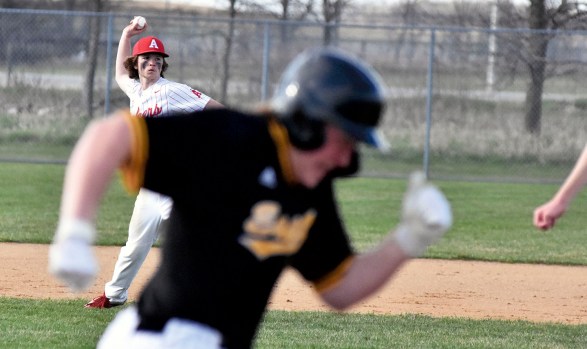 Austin’s Kody Blom looks to throw to first base as a Mankato East runner tries to beat it out in Dick Seltz Field Tuesday. Rocky Hulne/sports@austindailyherald.com 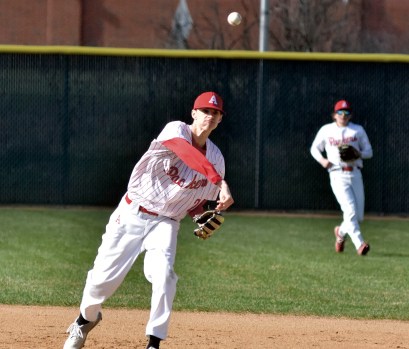 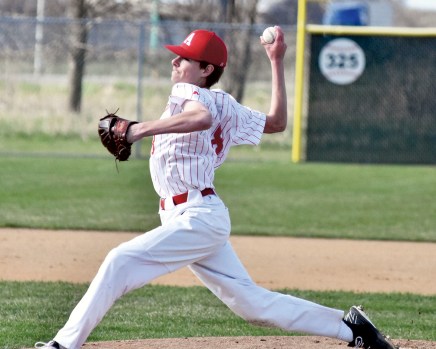 The Austin baseball team hit a rough patch early on as it lost to Mankato East by a score of 10-0 in five innings in Dick Seltz Field Tuesday.

The Cougars (5-3 overall) struck first with three runs in the top of the second inning and they put out seven hits in a six-run third inning to go up 9-0.

“We had some mental mistakes on the base paths and not being in the right position in the field. It wasn’t our day,” Austin head coach Jacob Nelson said. “Their pitcher threw strikes, he mixed it up and he kept us off balanced.”

The Austin defense made a couple of tough plays on defense in the game as Bryce Fisher made a running catch near the center field fence in the first inning and Brayden Bishop laid out for a diving catch in right field to end East’s big third inning.

Austin will host Rochester John Marshall in a doubleheader at Seltz Field at 4 p.m. Friday.

“We’ll bounce back like we always do and take care of JM on Friday,” Nelson said.