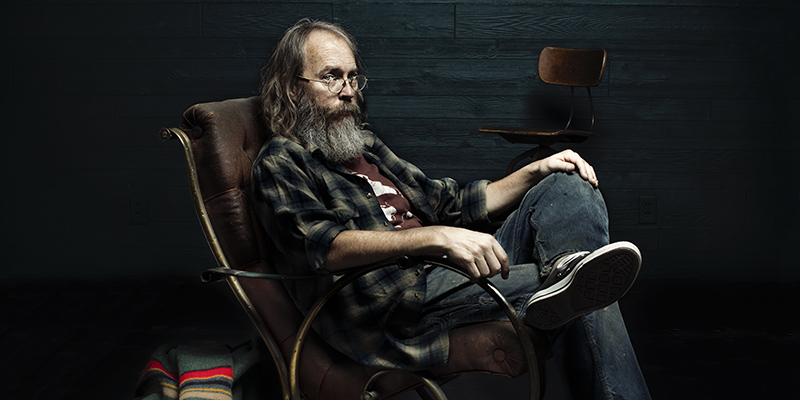 More information on this year’s Austin ArtWorks Festival was released Thursday morning, including the news that Austin native Charlie Parr will be playing the festival’s Outdoor Stage.

The Austin ArtWorks Festival Steering Committe on Thursday announced Charlie Parr would be performing at this year’s festival as well as this year’s Purchase Award winners. Eric Johnson/photodesk@austindailyherald.com

Thursday’s news creates a trend of musical acts with Austin connections playing this year’s festival. Earlier this year, it was announced that the Gear Daddies would be headlining the Schindler Celebration concert.

However, getting former Austin acts together for one festival turned out to be nothing but a nice coincidence.

Parr’s performance will close out the Austin ArtWorks Festival outdoor stage at 2:30 p.m. on Sunday, Aug. 28. Parr, who currently lives in Duluth, tours the world playing his signature country-blues-roots rock. Parr has released 16 albums, most recently “Last of the Better Days Ahead” in 2021. 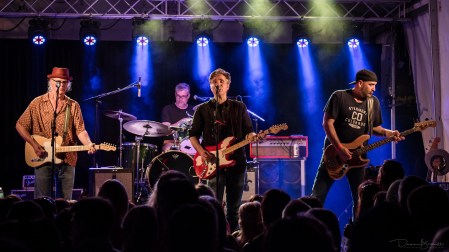 The free Schindler Celebration with the Gear Daddies, will be at 7 p.m. on Saturday, Aug. 27.

The show is offered free to the community because of Mayo Clinic Health System’s sponsorship. Donations to support the concert and the Austin ArtWorks Festival are welcome at www.austinareaarts.org/2022-festival-support.

This year’s featured artist is Victor Yepez, who immigrated to the United States 15 years ago and has since worked as a sculptor, muralist, art teacher and public artist.

At the festival, Yepez will create a mural on the east wall of the Historic Paramout Theatre.

The 2022 Purchase Award donors this year are Randy and Wendy Kramer, which was also announced on Thursday morning. The Kramers will donate $5,000 to the Austin ArtWorks Festival and then choose one piece of work as the winner of the Purchase Award. The funds allow Austin Area Arts to purchase the awarded work, which is then displayed at a community location.

“The Austin ArtWorks Festival is such a wonderful event for the community of Austin,” Randy Kramer said. “It’s a great opportunity to showcase all kinds of art, whether it’s visual or performance art. We’re just happy and proud to be a part of it.”

Ever since Gary and Pat Ray bought the first piece of sponsored art in 2013 — a 2007 piece by Austin native artist Eric Anfinson — the sponsored art has served the purpose of being a beacon for art.

“It’s one of those things that is an attraction to artists and to put really great art in the community,” Helle said.

Currently 16 pieces of Purchase-Award-winning art are on display at seven community locations. Offering a Purchase Award is one of the aspects of the Austin ArtWorks Festival that attracts professional fine artists to exhibit. In 2021, donors Jim and Jeanne Sheehan selected “Tranquil Marsh” by Karen Heuton. It is now on display at the Austin Public Library.

The Austin ArtWorks Festival—a two-day celebration of the visual, performing and literary arts—will bring thousands of visitors to downtown Austin on Aug. 27-28.