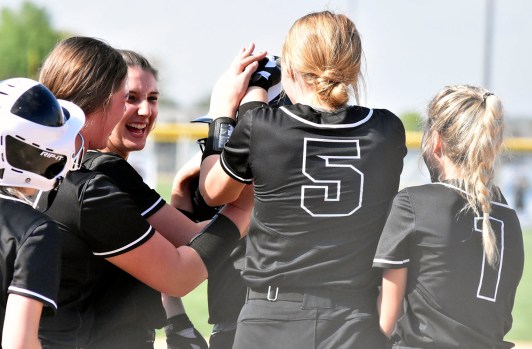 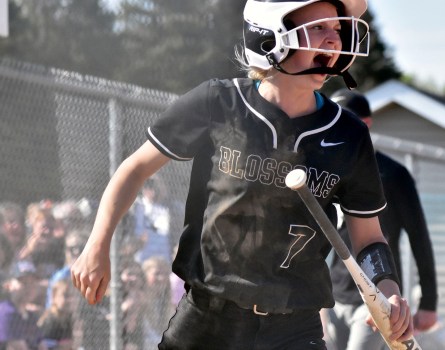 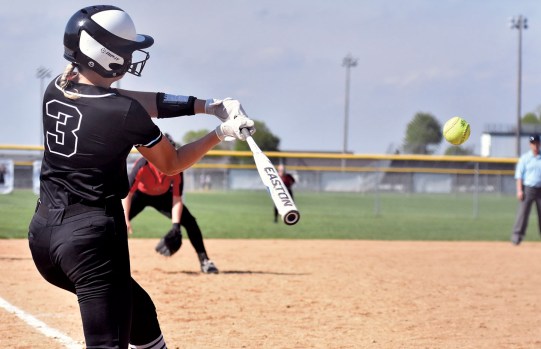 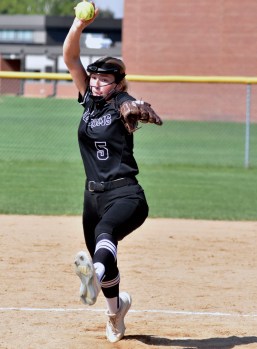 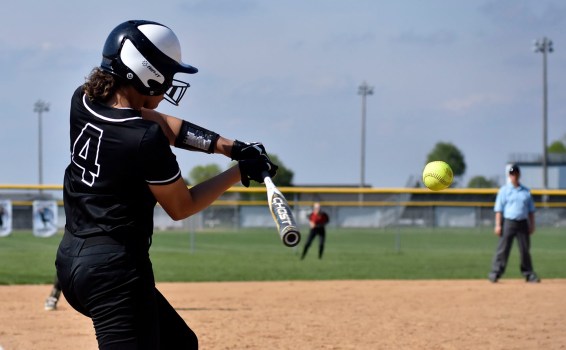 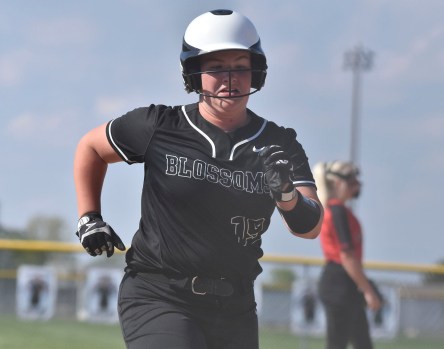 BLOOMING PRAIRIE – The Awesome Blossoms had a big crowd, perfect weather and it was senior day. So they weren’t going to back down when they fell into an early three-run hole.

Instead, BP rallied back and beat the New Richland-HEG softball team, which had won its last six games, 13-3 in six innings Wednesday.

BP rattled off 14 hits against a team it scored just one run off of last week.

“We knew (Shelby) Stork was a heck of a pitcher. We had two hits against her last week,” BP head coach Cam Rutledge said. “The girls came in and didn’t play scared whatsoever. They played really well and hit the ball. I’ve always said if we play a clean game and get people on base, we can compete with anybody.”

Bobbie Bruns smashed a two-out RBI single to bring BP within 3-2 in the fourth inning and Shawntee Snyder put up another RBI single to tie the game at 3-3. BP took the lead for good in the fifth when Bruns hit a sacrifice fly to make it 4-3 and Lily Schammel knocked in another run with two outs.

Bruns, who has committed to play basketball at Gustavus Adolphus next year, has played sports in BP for years and Wednesday may have been her final home contest as an Awesome Blossom.

“I can’t think of a better way to finish off our career here,” Bruns said. “I’ve played with most of these girls in every sport and I’m so proud of them. Haven threw a heck of a game and that’s a huge thing. Also, everyone one through nine hit the ball and that was a good combination.”

BP had lost three straight heading into Wednesday’s game and it allowed 24 runs in the two previous losses that followed a 6-1 loss to NRHEG on May 13. When the Blossoms fell behind 3-0 after two innings, things could have gone south, but junior Haven Carlson turned things around and she never faced any big threats over the next four frames.

“I was in my head right away, because I felt I was a little off yesterday. But we’ve never really beaten New Richland and they’re one of our rivals,” Carlson said. “It was also senior night and I had to do it for my seniors. They deserved this win.”

Carlson has come a long way in her first year in the circle for BP. She has even received some coaching from Shelbi Swenson, who pitched the Awesome Blossoms to a state title in 2013.

“Shelbi has come in and coached me some, and my grandpa and great uncle have helped me out a lot. Those two pitched together and they’ve really helped me out,” Carlson said. “It means a lot to me to be one of the main players on this team. Today was a lot of fun. It was never quiet.”

BP will close out its regular season at Kenyon-Wanamingo at 4:30 p.m. Thursday and it will begin postseason play next week. BP doesn’t have a lot of experience back from last year’s team that went 9-14 overall, but Bruns said they have pushed to improve with every game.

“From the beginning of the season to now, we’re completely different,” Bruns said. “The girls have put in a lot of hard work and I also credit Mr. Rutledge. He’s come in and done tremendous things for our program.”