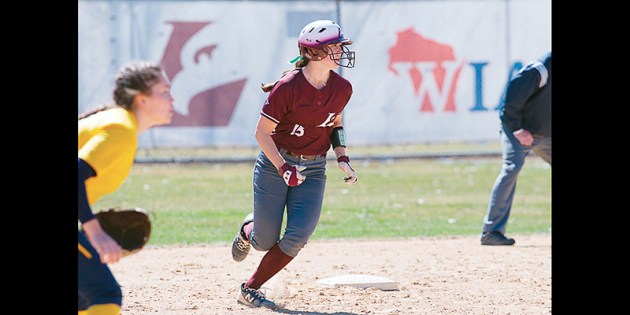 Jordyn McCormick leads off second base for the Univerisity of Wisconsin-La Crosse softball team. Photo by Dave Huggett 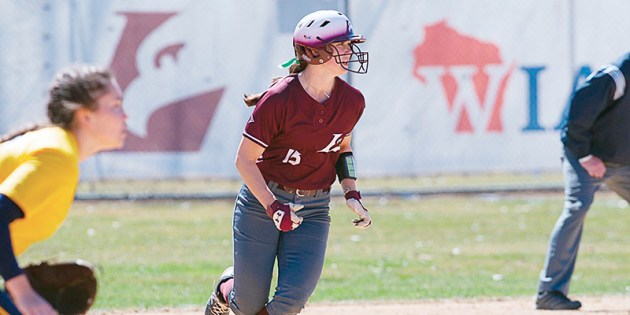 McCormack, a sophomore third baseman at UW-La Crosse, was selected all-region first team. She was also named the WIAC position player of the year, the third Eagle to receive that honor in school history and the first since 2011.