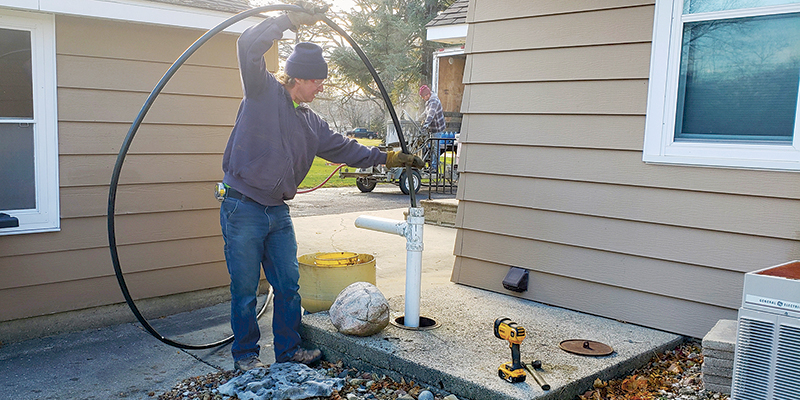 Austin Utilities and the Mower County Soil & Water District are encouraging people with unused wells to contact them in order to have them sealed. Photo provided

Last week, it was announced that Austin Utilities had been awarded for its work to further establish clean water in Austin by the Minnesota Department of Health. AU was a finalist for the 2021 Source Water Protection Award.

Part of that is AU’s team-based partnership with the Mower County Soil & Water Conservation District involving a program that includes the sealing of unused or abandoned wells.

Alex Bumgardner, Utility Operations director for Austin Utilities, wants people to know that the option is still available, which includes a 50% cost share with AU up to $1,000.

In fact, the sooner the better.

“There were two different grant funding opportunities that have been active since 2020,” Bumgardner said. “Those grants were extended the last couple years and they just got extended six months. We do not expect to have additional funding.”

According to Bumgardner, funding through these two Minnesota Department of Health grants will end at the end of October, though he also stated that AU would like to have people signed up by Sept. 30 so AU will have the month of October to put together invoicing in order to have everything finalized by Oct. 31.

Since 2020, there have been 13 wells sealed through the program in Austin, an important bulwark in helping keep the city’s drinking water clean. In total, including the SWCD’s identical program, which is taking applications through Dec. 31 for properties not on city water, about 34 wells in total have been sealed in the whole of Mower County.

Once sealed through concrete, contaminants are prevented from entering the drinking water through those avenues.

The program got its start around the 2018-19 time frame and came out of AU’s 10-year wellhead protection plan, which was completed in 2019.

“At the same time, Tim [Ruzek] over at the SWCD said they were looking for a more broad plan for the county,” Bumgardner said. “We teamed up. Everything starts through them and they’ll take a look [at the applications.] If you are an AU customer, they point them in my direction and we’ll work with the customer.”

The ongoing effort is a relationship that highlights how partnerships like the well-sealing program have strengthened environmental efforts in Mower County.

“We’re encouraging folks if they have a well on their property that isn’t being used to reach out,” Bumgardner said. “There’s funding available, we would like to help that in an effort to protect drinking water.”