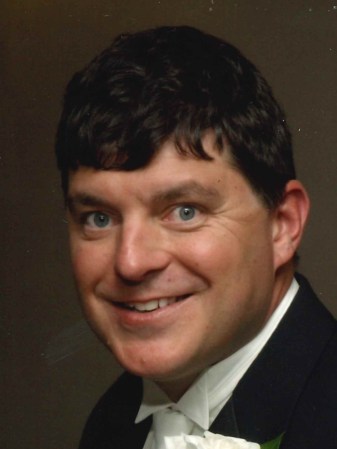 Tom Wencl of Apple Valley, formerly of Owatonna, died April 13, 2022, at Homestead Hospice House in Owatonna after a courageous battle with cancer. Mass of Christian Burial is set for Tuesday, April 19, 2022 at 2:00 pm at Sacred Heart Catholic Church in Owatonna. Burial to follow at Sacred Heart Cemetery. Friends may greet the family on Monday, April 18, 2022, from 4:00 – 7:00 pm at Brick – Meger Funeral Home in Owatonna, MN. The visitation will continue one hour prior to the funeral liturgy on Tuesday at the church.

Tom was born September 9, 1973, in Owatonna, the son of James and Barbara (Clark) Wencl. He attended Owatonna High School and graduated in 1992. Tom excelled at athletics, was an all-conference football player and played in the state basketball tournaments. He was also in choir, Carolers and sang at Carnegie Hall.

Tom worked as an apprenticeship plumber for his dad at Wencl Plumbing after high school. He later went to work as a plumber for the local 34 St. Paul Union until his early retirement due to health reasons.

Tom continued his love of sports, especially MN Gopher football, traveling with his wife and friends to many different stadiums for the games. He loved watching sports, boating, and his German Shepherds.

Tom is survived by his wife Linda, parents James and Barbara Wencl, sister Kelli Wencl, mother and father-in-law, Stan and Edith Oftedahl, sister-in-law Shirley (Randy) Lipscy, nephews Lane (Mary) Lipscy, Kaden, and Owen Lipscy, and his dog Lexi. Tom is preceded in death by his brother John. Tom will be missed by many friends and relatives.

For more information or to leave a condolence message go www.megercares.com