‘This plant may last forever’ 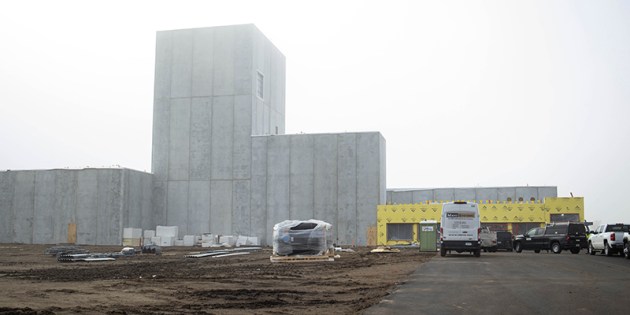 The 53,000-square-foot plant will deploy leading pharmaceutical technology for the development of vaccines and other medicines. Photo by Savannah Howe 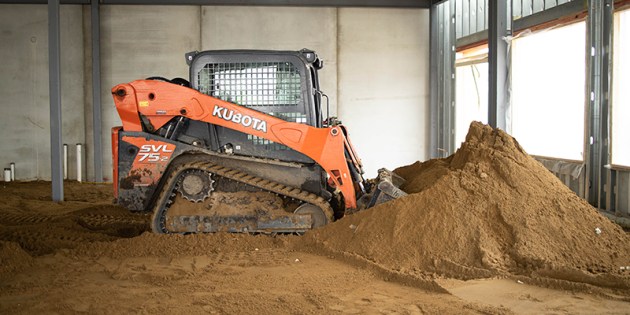 The Austin biosciences plant is expected to be up and running by August, with operations following later in the year. Photo by Savannah Howe 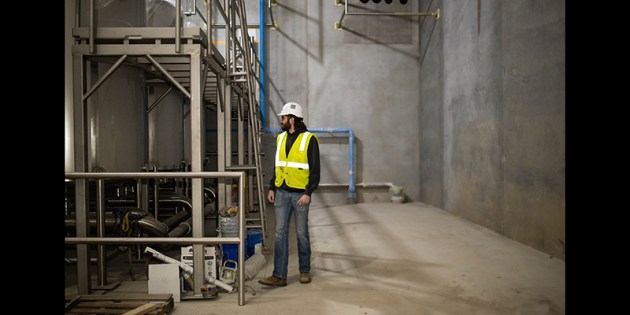 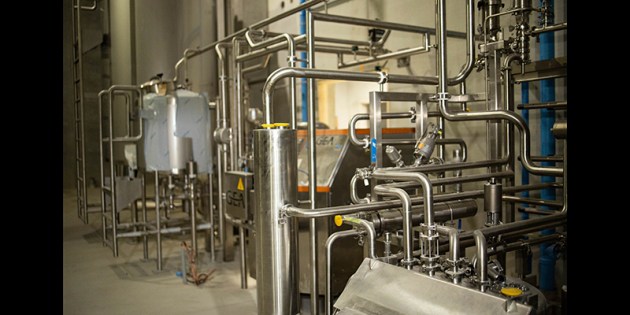 Because the nature of Nu-Tek's production requires a close watch on cross contamination, the transport, use and storage of raw materials and finished products follow strict protocols to ensure they never come into contact. Photo by Savannah Howe 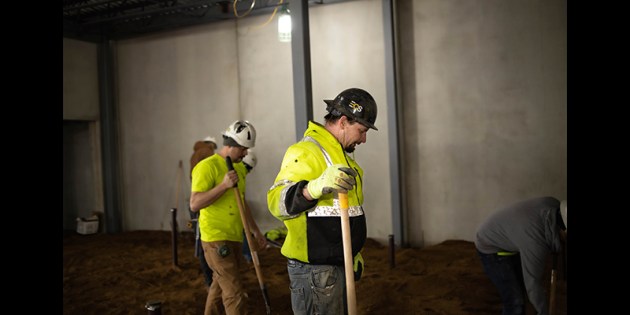 As many as 60 workers including contractors, electricians, and other laborers are on-site at Nu-Tek each day, according to WDS Construction Assistant Project Manager Cole Salzman. Photo by Savannah Howe 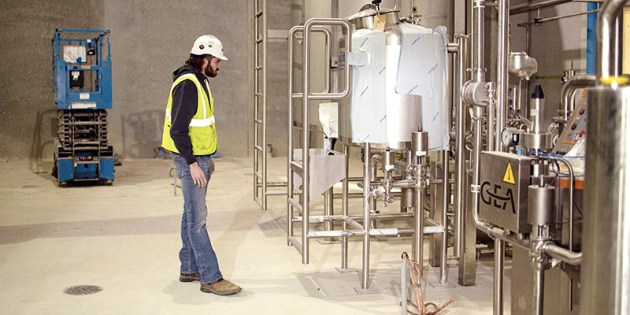 Cole Salzman, Assistant Project Manager, studies the plant’s machinery. Using equipment that has never come into contact with animal matter is important in preventing the contamination of pharmaceuticals with animal diseases. Photo by Savannah Howe 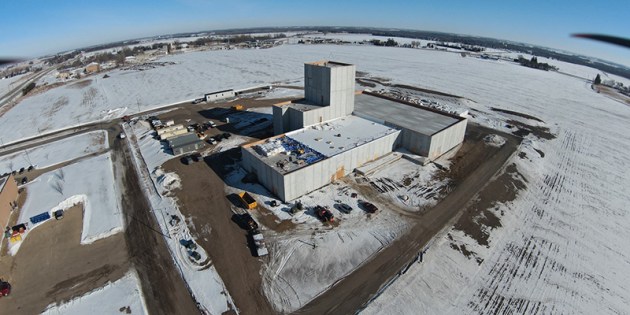 And aerial view shows off construction of Nu-Tek’s Austin plant. The company hopes to have the facility running full time by the third quarter this year. Photo provided

Opening day on the horizon for new biosciences facility

After 10 months, hundreds of hours worked and the installation of millions of parts, the future Nu-Tek Biosciences facility in Austin is coming closer to operational status.

The facility, slated to be running full-swing by the end of this year’s third quarter, produces food for the cells used to manufacture vaccines and other pharmaceuticals.  These products are distributed globally for new cancer treatments, according to Nu-Tek CEO Tom Yezzi.

The facility will span 53,000 feet, climb nearly 10 stories high and employ roughly 35-40 people in the plant itself. However, Nu-Tek has its sights set on more: according to the CEO, the company’s vision is to expand its singular plant to an end-to-end pharmaceutical manufacturing campus within the next four years, which would jump the site’s total jobs on the back-end and on site by up to 500%.

It is quickly becoming apparent to the pharmaceutical manufacturing industry that end-to-end manufacturing—where vaccines or drugs are produced through all stages, from raw material to active pharmaceutical, on the same site—is an ideal goal to work towards, Yezzi explained. The COVID pandemic exposed shortcomings in the current manufacturing system.

“What they found were gaps in quickly manufacturing a new vaccine ,” Yezzi said. “In bringing in raw materials from overseas, manufacturing and transferring intermediate [materials] from one facility to another facility  to make the vaccine, and then taken to another facility to do the fill and finish. So what they saw were all these gaps that hindered the ability to quickly respond to the pandemic.”

And Austin is just the place to do it, Yezzi said. The southeastern Minnesota city is situated amongst a hub of biomedical research and activity: the Hormel Institute, the Mayo Clinic Health System and the University of Minnesota.

“We will bring big pharma to Austin,” Yezzi said, elaborating that the biosciences company wants to bring the manufacturing side of the pharmaceutical industry into southern Minnesota. Nu-Tek’s ultimate goal is “a campus where we can put up buildings for the different manufacturing stages,” he continued.

Yezzi explained that the Austin facility is historic in that it will be the first  brand-new dedicated animal-free peptone manufacturing facility in the world.  The new plant will only manufacture products made from plant or yeast proteins. Older multi-use facilities, he said, may use both animal-component proteins (derived from meat or dairy products) and plant proteins, or may have converted a dedicated animal-component facility to a plant protein facility.

Nu-Tek’s products are “critical raw materials” in the industry; during the pandemic their products were used to manufacture COVID vaccines. These animal-free materials are being used in drug development for “next generation” pharmaceuticals, referred to in the industry as biologics, according to Yezzi. The significance of not using animal derived material is in the risk of potentially transferring animal diseases such as mad cow disease into the human genome. The concern being the patient receiving the drug could become infected. The FDA has provided guidance against using animal components in the manufacturing of these new drugs.

The work Nu-Tek does makes the pharmaceutical manufacturing process more efficient; Nu-Tek’s processing in essence breaks down proteins for cells to more easily digest and absorb nutrients, improving the nutrition of the cells that are used in the production of active pharmaceuticals.

Nu-Tek is already recruiting for the plant. The facility will run 24 hours a day, three or four days a week in its early opening stages and eventually operate 24 hours a day Monday through Friday. Interested job-seekers should expect work “very similar to the types of jobs that you would have in food ingredient processing,” such as spray dryer or evaporator operators, packaging, maintenance and quality control, but in a brand new state of the art facility. Compensation, he said, is typically higher than in industrial food ingredient manufacturing.

Yezzi forecasted that the Austin facility “will probably last forever” with its pre-cast concrete structure, which significantly improves building longevity and ability to withstand the elements.

While it is too early for exact figures, Yezzi expects the economic impact of the plant will be significant over the years, potentially reaching hundreds of millions of dollars. He looks forward to Nu-Tek joining the community of Austin.

“The beauty of it is that we have the ability to bring a new industry to this area.  This can be transformational in that it can bring the pharmaceutical manufacturing industry right down here,” Yezzi said. “… The proximity to medical technology, healthcare and a history in manufacturing suit this new industry well.  That is why we selected Austin. We couldn’t be happier and more excited”