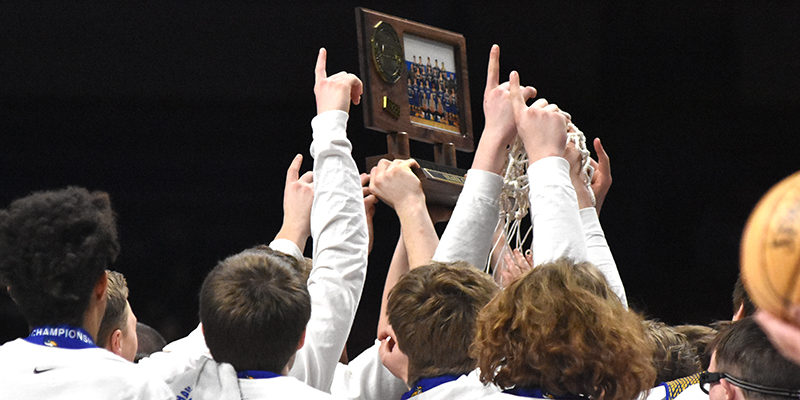 When I first started covering sports in Austin, I remember asking our editor (then photographer) Eric Johnson if we had any good winter teams to cover.

“Not really,” he said without a hint of emotion.

But this last run of winter sports made me reflect on that winter in Pierre. We had the dance team bring home Austin’s first state title since 1987, when the Packer softball team won it all. We also had four area basketball teams make it to state — the Austin boys and girls and the Hayfield boys and girls.

The Hayfield boys went back-to-back as they won their second straight Class A state title. The Vikings’ had never won a state title before last year’s run, but the ball started rolling in Hayfield’s favor a long time ago when Hayfield upset Austin in 1968 and went 1-2 at the state tournament back when there was just one class. That Hayfield team had an assistant coach named Doug Matti, who is the grandfather of Hayfield’s stop scorer Isaac Matti.

The Packer boys basketball team wasn’t able to capture an elusive state title this winter, but it did send off Austin head coach Kris Fadness, who has over 400 wins in his time in Austin. Fadness has stepped down from coaching and he did so in a humble fashion — pointing the attention to his players and the community when asked about his retirement at the state tournament.

I can attest that Fadness is a great coach. But I can also confirm that he is a great person.

Fadness has always gone the extra mile for his players and he’s put in endless hours volunteering his time to help student athletes chase their dreams.

This past summer my son, who is now in sixth grade, was attending the Packer basketball camp and I saw Fadness take the time to talk to every youth player when they came in — even though he knew he would never coach any of them in the future.

It’s that kind of dedication that helps a program grow and it’s a tribute to Fadness that the Packer basketball became the main event in Austin for a handful of years when the team was wowing crowds with alley-oops off the glass and state tournament runs against the top schools in the state.