Riverland Theatre wraps up season with pairing of one-acts 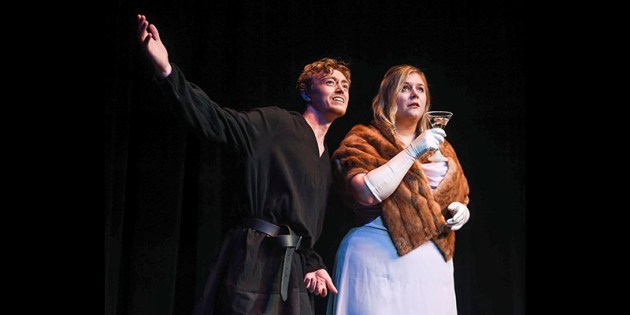 Ryan Flanders and Claire Tolman rehearse a scene from “The Actor’s Nightmare,” one of two one-act plays that will be presented starting FRiday night at Frank W. Bridges Theatre. Eric Johnson/photodesk@austindailyherald.com 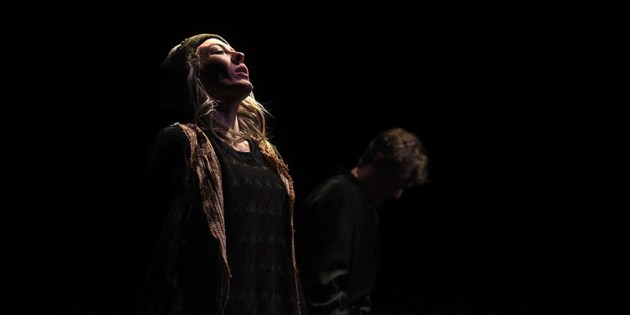 Cassandra Westcott rehearses a scene of “The Actor’s Nightmare” with Ryan Flanders Wednesday night. The play is one of two one-act plays being performed at Frank W. Bridges Theatre starting Friday. Eric Johnson/photodesk@austindailyherald.com 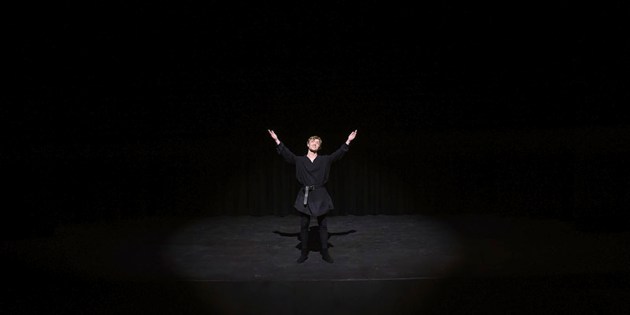 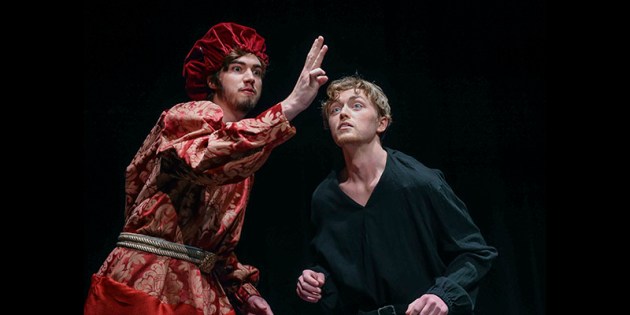 Enoch Parks and Ryan Flanders rehearse a scene from “The Actor’s NIghmare” Wednesday night at Frank W. Bridges Theatre. It and “The Audition,” will be performed for the public starting Friday night. Eric Johnson/photodesk@austindailyherald.com

Riverland Theatre’s final production of the 2021-2022 season will be an evening of one-act plays: “The Actor’s Nightmare” by Christopher Durang and “The Audition” by Matt Thompson.

An actor wanders out onto the stage, only to discover he is now performing in an unknown play he has never rehearsed. A group of actors present their audition monologues, only to have things descend into chaos and mayhem. This pairing of one-act plays takes an absurd and hilarious look behind-the-scenes of an actor’s experience.

“‘The Actor’s Nightmare’ is an example of an anxiety dream that many people have, whether it is about taking tests, corporate meetings or high-pressure work, this is in the realm of someone expected to perform,’” said Director Susan Hansen.  “‘The Audition’ gives an entertaining glimpse into the varied personalities and processes of casting a show. Both comedies are intended to release our anxieties through laughter.”

Individual tickets to “The Actor’s Nightmare” and “The Audition” are $10. Tickets are currently on sale at www.riverland.edu/tickets 24 hours a day, seven days a week. The online ticketing system allows customers to pay by Visa, MasterCard, American Express or Discover.

The on campus box office will be open for in person sales in the theater lobby one hour prior to each performance.

Riverland students receive two free tickets with a valid student ID. Contact the box office at 507-433-0595 or by emailing boxoffice@riverland.edu.

Riverland Theatre strives to provide quality productions that are entertaining and challenging to both the audience and the artists.  Because they reach such a diverse audience, some audience members may find some subject matter, language, or situations objectionable. People are encouraged to become familiar with the material before attending the performance.