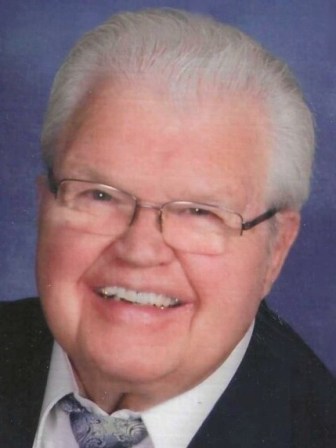 Richard “Robbie” Roland Robinson, age 92, of Austin, Minnesota, passed away on Monday, February 28, 2022, at White Pine Assisted Living in Cottage Grove. Robbie was born on September 27, 1929, in Scotland, South Dakota, the son of John and Myrtle (Sweet) Robinson. He attended schools in Scotland and in 1947, graduated from Scotland High School. Robbie married his high school sweetheart, Jacqueline “Jackie” Hauck, on June 17, 1951, in Yankton, South Dakota. He entered the United States Air Force in Columbus, Indiana, serving until 1953 and then 13 years in the Air Force Reserves until 1966. In 1956, he received his Bachelor of Science degree in Industrial Arts from South Dakota State University. He continued his education at Purdue University and obtained his Master of Science degree in Industrial Engineering in 1954. The couple then moved to Austin, Minnesota, where Robbie began his 35-year career with Hormel, serving 13 years as an industrial engineer. Robbie then set up a training program for the mechanical division and served as the fleet safety director for 8 years. He completed his career as a foreman of Storeroom Grocery (hot side) products. Robbie was a member of Westminster Presbyterian Church in Austin, where he was an Elder and held many positions including writing a Sunday School curriculum (200 lessons). He was also a past member of the American Legion Post 91. Robbie enjoyed coaching peewee hockey and coached an undefeated 14-year-old team. He was a dedicated blood donor who gave 141 pints in his lifetime. He loved hunting, fishing, and traveling. He also reloaded several thousand rounds of ammunition for rifles and pistols. In his younger years, he enjoyed playing football and played on two undefeated teams. He will be greatly missed by all who knew and loved him.

A memorial service will be held at 1:00 p.m. on Saturday, May 7, 2022 at Westminster Presbyterian Church in Austin. There will be a time of gathering following the service in Fellowship Hall. Interment will be in Oakwood Cemetery, Austin. Memorials are preferred to the Westminster Presbyterian Church general fund. Services are prearranged and performed by Worlein Funeral Home of Austin. Condolences may be expressed to the family online at www.worlein.com.