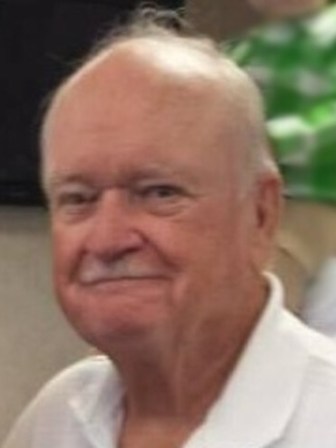 Dick was born on June 26, 1929 in St. Paul, Minnesota to Raymond William and Eva Viola (Emmons) Buechner. The family lived in the St. Paul area until moving to Austin when his father went into the lumber business. It first was called Tomlinson Sawmills, and later became Buechner Lumber Mart and was located on Hwy 218 South. Dick attended junior and senior high School in Austin and went on to attend Dunwoody Institute from 1947-1948 for drafting and estimating.

In the Air Force, Dick graduated as an Aviation Cadet Class 52-C at Enid, Oklahoma. He was commissioned Second Lieutenant, and went on to fly F-86 Saber Jets in Korea in 1953.

On May 12, 1952 he was united in marriage to Jeannine Beverly Waldron. Dick and Jeannine lived in Valdosta, Georgia; Las Vegas, Nevada; Cheyenne, Wyoming and Denver, Colorado. In May of 1953 they settled in Austin where they raised their family of three children. After the lumber yard was sold, Dick and Jeannine purchased the Austin Dairy Queen in May of 1965. They owned and operated it together for 17 years.

Dick was Mower County Commissioner from 1971-1978. After selling the Dairy Queen in 1979, he sold real estate for the Fawver Agency from 1980 – 1986. He delivered motorhomes across the US for Winnebago from 1986-1989. After that, he worked for Anderson Memorial until leukemia slowed him down at the age of 80. To keep busy during his working career, he also substituted as a school bus driver, plowed snow, and sold Christmas trees on the Dairy Queen parking lot.

Over the years, Dick was active in the Austin Community. He was past commander of DAV, Past Patron of Eastern Star, Austin’s Snow King in 1973, past President Who Who (Lumberman organization), and 1986 Exchangite of the Year (Exchange Club). Dick was a member of the Austin Flying Club, and 70 year member of the First United Methodist Church.

Dick’s hobbies included: family, friends, flying in his Cessna, fishing, racquetball, golf, and traveling around the United States and the world. Dick and Jeannine were able to take all seven of the grandchildren (at different times) on cruises to the Bahamas.

A fond memory was when Dick and his great-grandson Graham Kunert (leukemia and retinoblastoma, respectively) were selected as honorary survivors for the Austin Relay for Life Cancer Walk in 2013. Dick blessed his children, grandchildren and great grandchildren with countless memories of joy, laughter and love that will be treasured forever.

He was preceded in death by his wife Jeannine in March of 2021; his parents and brother William.

In lieu of flowers, memorials are preferred to the Leukemia and Lymphoma Society (givenow.lls.org), www.leukemiafoundation.org or donor’s choice.

A Celebration of Life honoring Dick will be held at 11:00 am on Saturday, June 11, 2022 at Clasen-Jordan Mortuary with military rites by Olaf B. Damm Post #1216 V.F.W. and Austin Post #91 American Legion. Visitation will be held from 10:00 am to 11:00 am prior to the service. Interment will be at Oakwood Cemetery.