Packers struggle at the plate in loss to Raiders 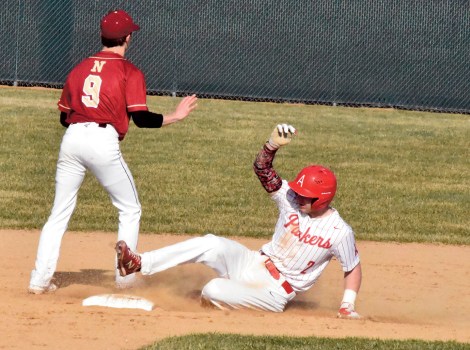 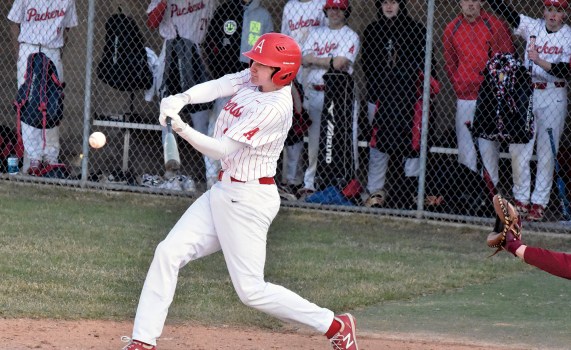 Isaac Stromlund connects on a pitch for the Packers. Rocky Hulne/sports@austindailyherald.com 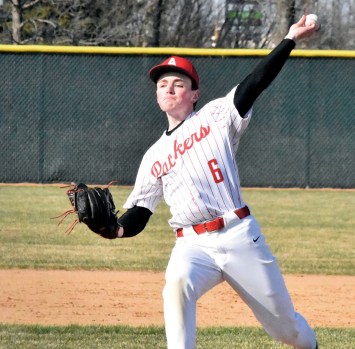 Nick Robertson goes through his wind-up for the Austin baseball team. Rocky Hulne/sports@austindailyherald.com 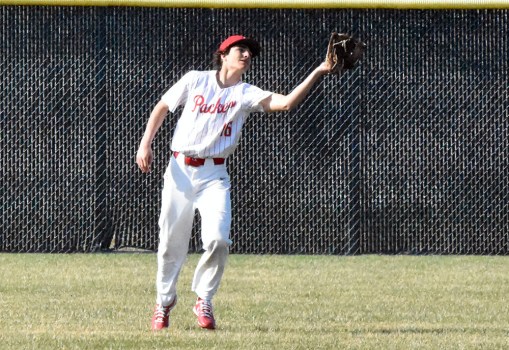 The Austin baseball team couldn’t put together enough offense as it lost to Northfield 7-2 in Seltz Field Tuesday.

Nick Robertson put the Packers on the board in the bottom of the seventh when he beat out an infield single to score a run with two outs to make it 7-1 and Dakota Retterath was hit by a pitch to score another run.

The Packers (2-3 overall) were held to just three hits in the first six innings and two of them came in the second inning, where Austin left the bases loaded after Peyton Ransom struck out. Northfield’s starting pitcher was relieved in the seventh.

“He got up in the count and he threw a lot of first pitch strikes,” Austin head coach Jacob Nelson said. “We did a lot of watching and we could’ve been a little bit more aggressive early on. He threw hard and he had some off-speed pitches that kept us off balance. We’re going to see guys like that all year and we’ve got to learn to hit them.

After taking a 1-0 lead in the first, the Raiders scored two runs in the top of the third to go up 3-0 and added two more in the top of the fourth to take a 5-0 lead. Northfield’s first three runs were unearned as the Packers finished the game with four errors.

Austin is still trying to find consistency on the field as it has had more games than practices on the field.

“It’s almost like we’re playing the game, but we’re still getting practice reps in,” Nelson said. “With the dome closing early this year, that really hurt us with not being able to have a suitable practice place. Being in the gym in Ellis is not ideal. But we’ve got to be sharper and we’ve got to make those plays.”