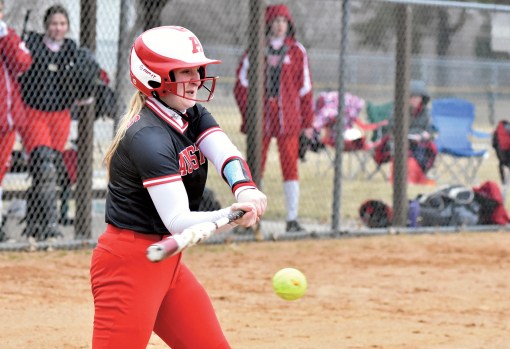 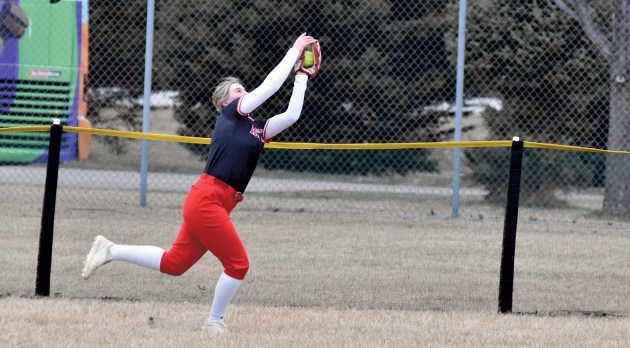 Ava Denzer hauls in a fly ball in center field for the Packers. Rocky Hulne/sports@austindailyherald.com 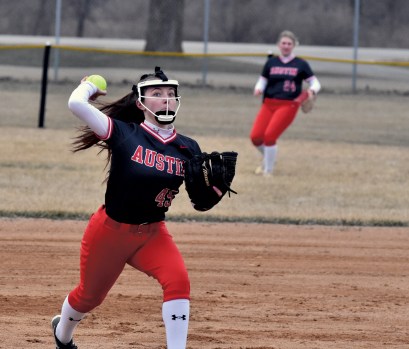 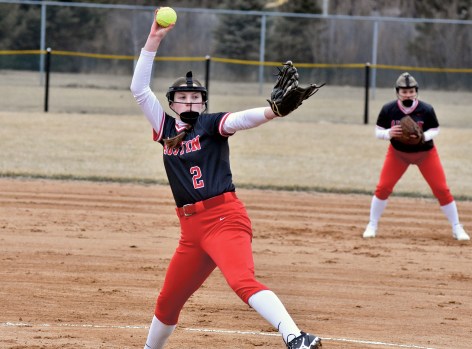 The Austin softball team went through a lot of learning and it also did plenty of hitting as the Packers dropped their home opener to Rochester Mayo 14-8 in Todd Park Tuesday.

Alia Retterath doubled in a pair of runs in the third for Austin and Kathryn Crouch knocked in two runs with a fourth inning single for Austin.

“Today was a great boost of confidence,” said Austin right fielder Katie Van Pelt, who went two-for-three with an RBI at the plate. “We had some great hits and we’ve never rallied that hard before. I’m really proud of everyone who came out tonight and just gave it their all.”

The Packers hadn’t been to Todd Park all spring before Tuesday as they had been holding practices in the Packer Dome and in gyms. The change of scenery contributed to the nine errors committed by Austin, but the team did make some adjustments as the game went on.

“It’s hard to be out here for the first time for a game,” Austin head coach Lisa Lage said. “In the dome, the ball bounces so much differently on that turf and fly balls look so different with the top of the dome as your background. I think the girls did a good job of adjusting and they adapted well. This spring has been hard with the weather and we’ve made due with gyms and the dome.”

“The score isn’t completely reflective of how we played today,” Lage said. “We came close in a couple of innings and the bottom of the order is swinging the bat well. They were swinging hard and these are probably the best cuts I’ve seen them take all year.”