Oelfke hushes the Huskies as Packers win at home 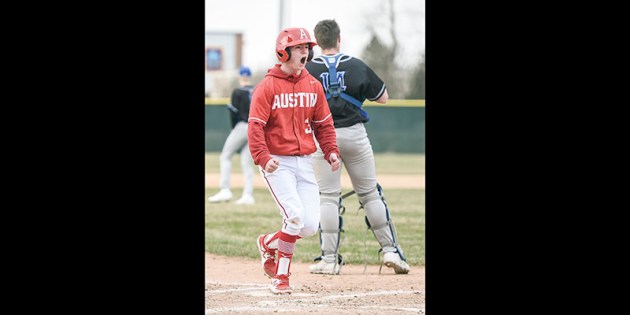 Austin’s R.J. Wieseler celebrates as he scores off a double by Jared Lillemon against Owatonna Wednesday afternoon at Seltz Field. Eric Johnson/photodesk@austindailyherald.com 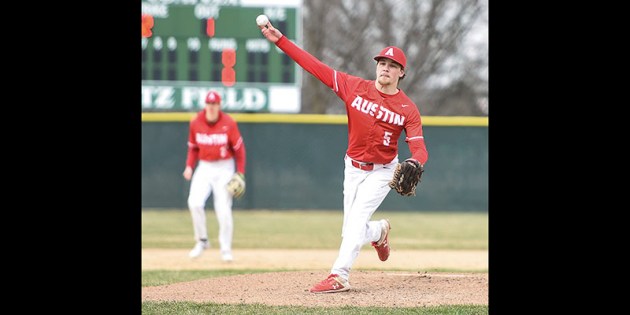 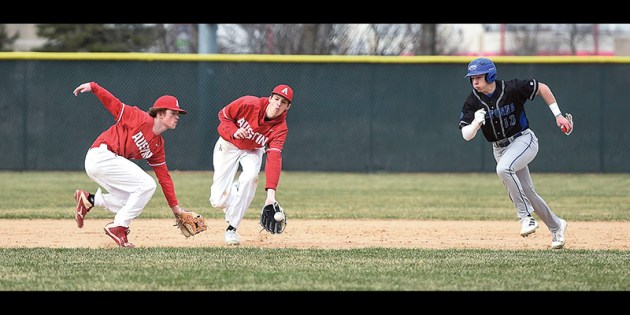 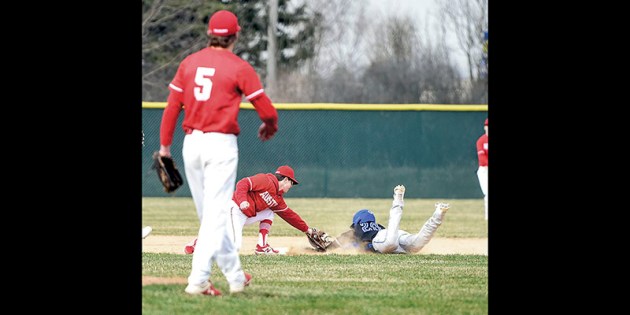 Austin’s R.J. Wieseler puts the tag down on Owatonna’s Caleb Vereide on a stolen base attempt Wednesday at Seltz Field. Vereide was safe on the play. Eric Johnson/photodesk@austindailyherald.com 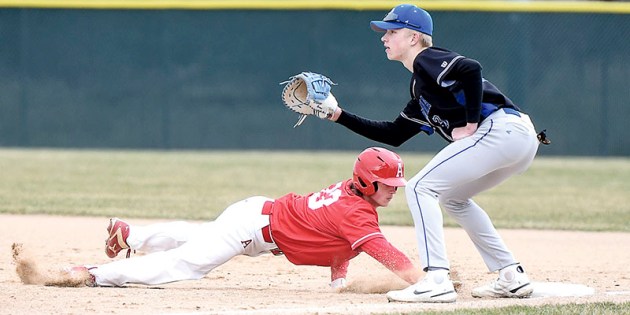 Austin’s Kody Blom dives back into first base on a pick-off attempt against Owatonna Wednesday night. Eric Johnson/photodesk@austindailyherald.com 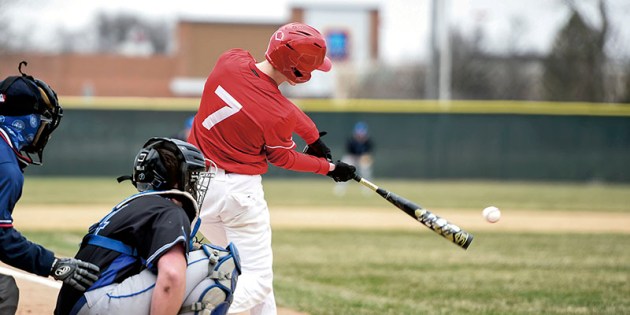 Austin pitcher Sam Oelfke was steady on the hill and the bats came through in the clutch as the Packers beat Owatonna 7-2 in Seltz Field Tuesday.

Oelfke allowed just one earned run as he scattered five hits and two walks, while striking out six in seven innings.

“I didn’t pay attention to anything that went wrong,” Oelfke said. “You’ve just got to focus on the positives and if there’s pain, you don’t think about it.”

“We reminded the kids that the hits are going to come. We’ve just got to have good plate appearances and put the ball in play,” Austin head coach Jacob Nelson said. “They came ready to play and it helped that Sam was throwing well today. He went the distance and they backed him up with those runs in the sixth inning. That was huge.”

The Huskies pulled to within 3-2 in the top of the sixth when they scored on a double steal, but they stranded the tying run at second base after Oelfke forced a groundout.

Wieseler wasn’t pleased with having to hit in cold weather for the second straight day, but he made the best of it.

“It sucks. You just have to shorten up your swing and battle at the plate,” Wieseler said. “We brought the energy today and we got a win at home against a good team.”

The Huskies tied the game at 1-1 in the top of the second, but Oelfke was able to escape a bases loaded jam when he forced a groundout.

Austin took advantage of an Owatonna miscue in the top of the third as the Packers had runners at the corners with two outs and the Huskies threw the ball away while trying to pick off the runner at third. Kody Blom, who reached on an error with one out, hustled on the play to score.