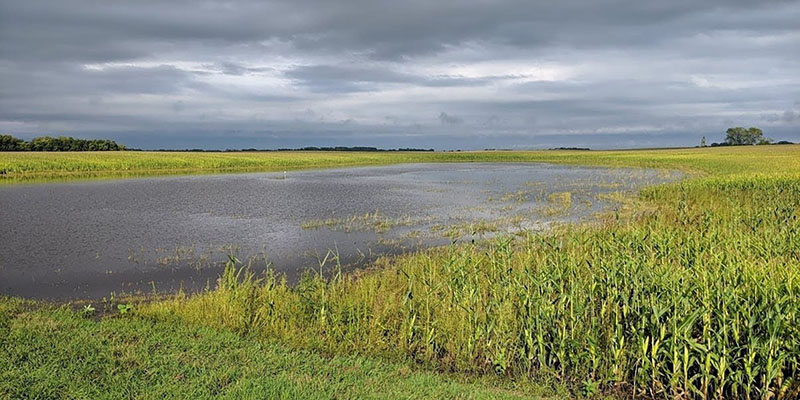 Minnesotans have this week to weigh in on a draft plan outlining the state’s vision to address climate change and its impacts.

The Climate Action Framework lays out expansive goals and actions in a broad range of areas, from transportation to clean energy to agriculture.

The plan stems from an executive order signed by Gov. Tim Walz in 2019, creating a climate change subcabinet, and directing state agencies to reduce greenhouse gas emissions and prepare for the impacts of a warming planet.

“We are making sure that we are looking for opportunities where [not just] state government, but all Minnesotans can find a place in which they can also take action, and help move us in the direction of addressing climate change,” said Frank Kohlasch, climate director for the Minnesota Pollution Control Agency.

A report issued earlier this month by the United Nations’ Intergovernmental Panel on Climate Change says the world still has time to avoid the most extreme dangers of climate change, but only if nations cut greenhouse gas emissions much faster from nearly every aspect of human activity.

Kohlasch acknowledges some may feel discouraged, but he said Minnesotans can take steps to “reduce the emissions to the levels that we need to build a clean economy, build clean jobs, save Minnesota money, and then also put our communities in a place where we are prepared for the changing climate.”

The IPCC report says average annual greenhouse gasses in the last decade were the highest in human history, which means the world is not on track to limit global warming to 1.5 degrees Celsius.

“The fact is we’re behind,” said Kenny Blumenfeld, senior climatologist with the Minnesota Department of Natural Resources. “We’ve known that adding greenhouse gasses to the atmosphere is going to warm the planet. And then there are going to be downstream consequences, as that warmer climate kind of changes the local climate patterns.”

“Those can have direct impacts — anything from erosion to flooding creeks and streams and even rivers, to wiping out crops on some farms and damaging infrastructure,” he said.

According to the draft plan, winter nights in northern Minnesota are 7.3 degrees Fahrenheit warmer than a century ago. Annual precipitation across the state has increased by an average of 3.4 inches, with southeast Minnesota increasing by twice that amount.

While the plan lays out broad goals, it also calls for some priority actions to reduce emissions and slow climate impacts, such as speeding up the transition to electric vehicles and restoring forests and natural landscapes to help capture carbon dioxide from the atmosphere, Kohlasch said.

The plan also calls for addressing the disproportionate impacts of climate change on certain groups, including Indigenous communities whose way of life is threatened, children and the elderly who tend to be more vulnerable to poor air quality and wildfire smoke, and people with low incomes spending more on energy bills.

Blumenfeld called the plan “just a first step” toward the changes needed to slow climate change.

“We need to make enormous cuts in what we’re putting into the atmosphere, and that means a transformation of how we do a lot of things,” he said. “So if the goal is looking ambitious, I can tell you that what’s required is much more ambitious.”

The comment period on the draft climate action framework ends April 29. A final plan is expected to be completed this summer.