Kicking up a fresh start 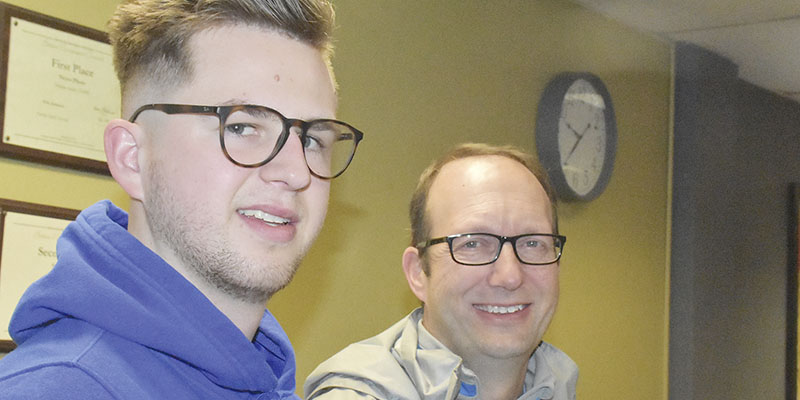 There is a new brand of soccer coming to Austin.

The Austin Villa FC, a brand new United Premier Soccer League team, are set to begin their inaugural season when they host Granite City at Art Hass Stadium at 7 p.m. on April 29.

Riverland Community College head men’s soccer coach Frank Spaeth and Austin grad Alex Evenson are the go-owners of the team, which includes mostly college players, with some elite high school players in the fold as well. Evenson will serve as the team’s head coach and he will guide a roster that reads like a who’s who of Austin soccer from the past five years.

“We have such a big talent pool for Austin in this community,” Evenson said. “It makes sense to have them play at the next level right here in town. It gives them something to do in the summer and it gives them a chance to improve their game.”

Spaeth is also the co-owner of Med City FC and he’s had his sights for starting a minor league team in Austin for quite some time.

“With COVID kind of winding down, we thought it would be a great time to get started,” Spaeth said. “It will be nice for these guys to play five minutes from their homes instead of having to play travel soccer in the cities. We’re trying to get a good footing this season and build up for the years to come.”

The USPL began with 10 teams in 2011, and it has grown to around 400 teams. The Austin Villa FC will play in the 11-team Midwest Conference that includes teams from the Twin Cities, St. Cloud and Sioux Falls, South Dakota. Austin Villa FC will play five home games this season and the regular season ends on July 18. There will be a four-team conference playoff that leads into the national tournament.

The USPL is considered the fourth level of soccer in the United States, along with the USL2 and NPSL. Many teams sign college players who use the league as a chance to play for their next college season.

The Austin Villa FC are working on creating an exciting home game atmosphere that includes a food truck and the possibility of halftime activities. The cost of attendance will be $10 for adults and $5 for students. Austin youth soccer players wearing their jersey will get in free and children under five will get in free as well.