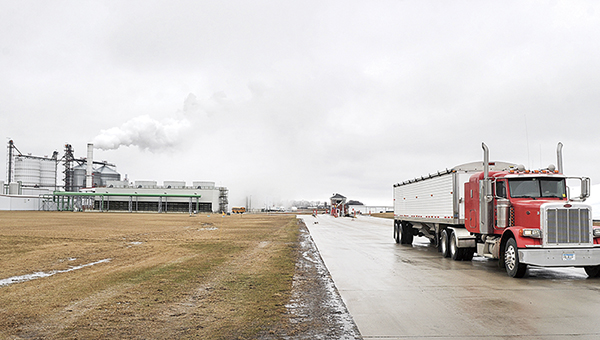 DES MOINES, Iowa — Iowa would become the first state in the nation to require that gas stations have pumps selling fuel with at least 15% ethanol under a bill that received final legislative approval Tuesday.

When signed into law by Gov. Kim Reynolds, who initially proposed the mandate, the measure would boost corn growers and the ethanol industry, which consumes roughly half the state’;s corn crop. Iowa leads the nation in corn and ethanol production.

Most gas sold in Iowa and across the country now is blended with 10% ethanol.

Earlier versions of the bill raised concerns it would force small gas stations to close because of the cost of installing new tanks, pipes and pumps. To quell those concerns, the bill includes exemptions for existing gas stations selling less than 300,000 gallons of fuel a year with no plans to replace its storage tanks, and some stations with old storage tanks also can get waivers.

The state will award up to $5 million a year in grants to help gas station owners upgrade equipment to handle E15.

In Minnesota, another top corn-growing states, lawmakers also have considered a mandatory E15 measure but haven’;t approved a measure.

The bill was approved despite the opposition of some Republicans, who questioned a new government mandate.

“We just seem to be on this path where there’;s just too much comfort with the government making these kinds of power grabs into our private lives and businesses and then handing us the bill for it,” said Sen. Jim Carlin, of a Sioux City.