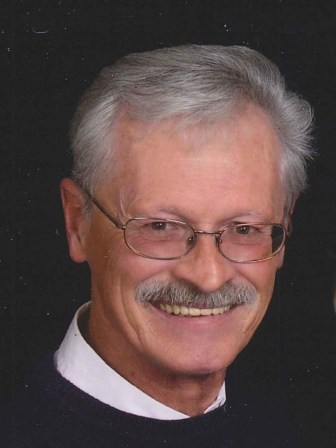 Gregg Walter was born April 12, 1944 in Albert Lea, Minnesota to Woodrow and Clara (Plevka) Johnson. In his early childhood, Gregg lived in Malmo, Minnesota. His family moved to Glenville where he attended Country School first through sixth grade and Glenville Public Schools for grades seven and eight. In ninth grade, his family moved to Lyle and he graduated from Lyle High School in 1962. Gregg was united in marriage to Betty Rawn on February 23, 1963 in Lyle, Minnesota.

After high school, he began working at Marigold Dairy in Austin until they closed. He was employed by Ankeny’s Dairy before working for Kemp Foods in Rochester for 30 years, retiring on June 1, 2010.

Gregg loved spending time with his family and friends. He enjoyed boating and taking the grandchildren on vacations. Many weekends were spent on the Mississippi River and golfing with the sons and grandsons. He also had a loving passion for old tractors and watching the Saturday morning tractor auctions. He was a member of Our Saviors Lutheran Church in Lyle.

He was preceded in death by his parents; infant grandson, Christian James Johnson; daughter-in-law, Connie (Olson) Johnson; and his sister, Marie McIntyre.

Funeral services will be held at 10:30 am on Friday, April 22nd at Our Saviors Lutheran Church in Lyle with the Reverend Scott Meyer officiating. Visitation will be at Clasen-Jordan Mortuary on Thursday, April 21st from 5:00 to 8:00 pm and at the church one hour prior to the service on Friday morning. Interment will be in Woodbury Cemetery.

Memorials are preferred to Our Saviors Lutheran Church in Lyle or Heartland Hospice.