Getting into the spirits: Four Daughters adding bourbon to the family 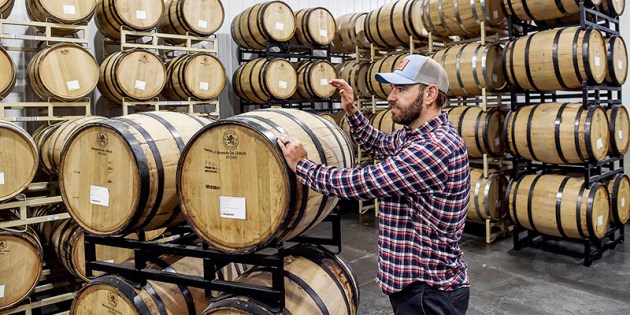 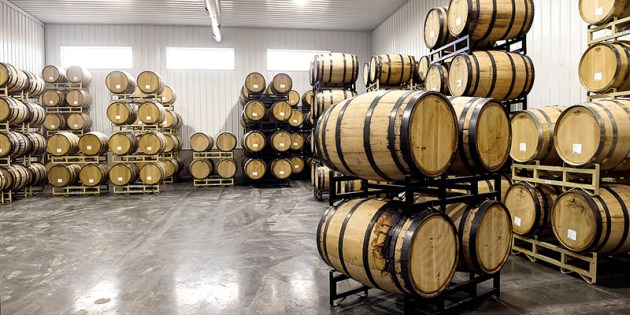 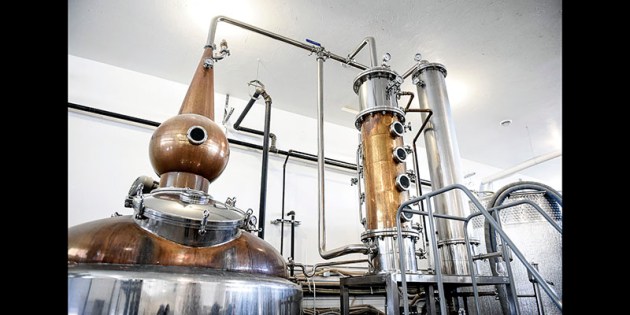 A look at Four Daughters Vineyard and Winery’s still set-up for its bourbon. Johnson/photodesk@austindailyherald.com 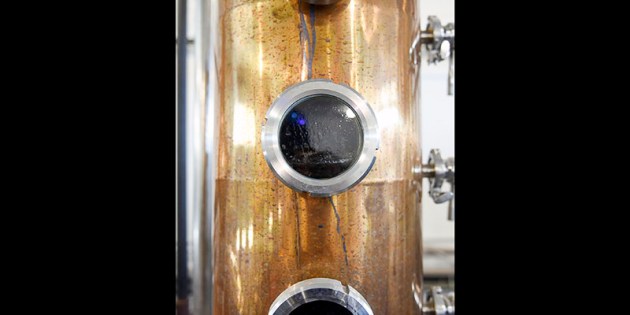 bourbon churns away in the column still at Four Daughters Vineyard and Winery Monday. Eric Johnson/photodesk@austindailyherald.com 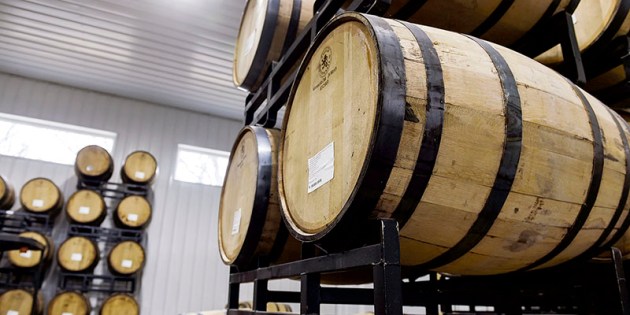 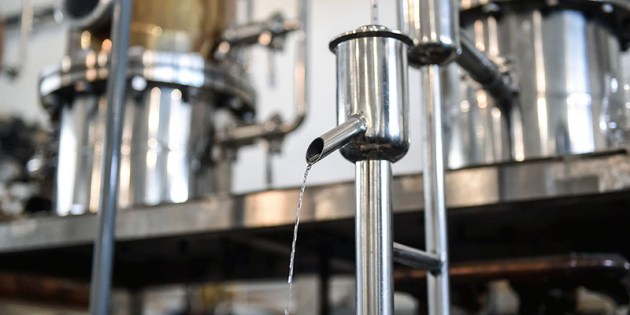 After Four Daughters Vineyard and Winery opened for business in December of 2011, it quickly became a staple of Minnesota’s wine and cider industry, specifically in southeastern Minnesota.

Over 10 years later, it’s nearly ready to add something new to the mix — bourbon.

Toward the end of May, the winery is looking to release its first batch of two-year-old bourbon, adding yet another facet to the atmospheric destination just east of Grand Meadow.

“Outside of Rochester, we’re known more for our cider,” Osborne said, referring to Four Daughters’ very popular Loon Juice brand of hard cider. “That’s how people know us. That’s how we’re known every place north of Rochester. Locally, people like coming here for the ambiance, the wine. The bourbon goes so well, hand-in-hand with the wine. We think it works, we think it appeals to a lot of people.”

The Kentucky-style bourbon, which can only be aged in new American oak barrels to be properly defined as bourbon, will be largely available at Four Daughters itself upon release, but will eventually be available outside the six-acre winery as they work through distribution.

The goal for Four Daughters bourbon is not to reinvent the wheel, but rather it’s to create a good, drinkable bourbon.

Four Daughters, as part of its licensing, has always been able to distill bourbon in Osborne’s mind the math never quite worked out.

Four Daughters started the process in 2019, but bourbon, if nothing else, is a story of the long game. Despite the aging element, just getting the equipment can be a lengthy process.

However, distillation started in 2020, and last year Four Daughters hired a head distiller, David Wray, who came to Four Daughters with prior background in distilling.

Despite the time spans needed in distilling bourbon, Four Daughters was in a good position to wait.

“For us, we had this advantage that most people who make distilled spirits don’t have and that’s time,” Osborne explained. “We have a healthy business here so we can afford to be making this stuff for two years before we can sell anything. We can afford to sit on that.”

That time advantage, free of making vodkas and white whiskeys with little to no aging, is key to Osborne and Four Daughters, because one of the most important parts of this new venture is the first impression for drinkers.

Four Daughters is currently aging spirits in 15, 25, 30 and 53 gallon barrels in their temperature controlled rackhouse, which will help formulate the aging process.

Kentucky weather has proven ideal for aging bourbon and generally barrels are left in rackhouses that can make full use of those conditions to properly allow the barrels to breathe and imbibe each batch with the full effects of the American oak.

Those ideal conditions are not so ideal in Minnesota, so Four Daughters utilizes their temperature-controlled rackhouse to simulate those conditions, allowing the barrels to expand and contract properly. This process takes the bourbon in and pushes it out of the wood grain of each barrel.

For the time being, Four Daughters will age to around two years for each batch, with the hope of pushing aging times up to four years as time goes on.

But that’s not all. Four Daughters is also adding more to its menu. The used corn, which is spent during the initial process, has been fed to cattle that the winery has purchased, meaning uniquely flavored beef is on the way in the form and burgers, steaks and more.

However, the goal will remain the same for Four Daughters as it has from the beginning. Creating a good bourbon.

“The good bourbon is made in this particular way,” Osborne said. “Good bourbon is made with good grain, made with good water, distilled  and put in a good barrel. Here in Minnesota we have good grain. Since this is my father-in-law’s corn, I’ll say we have the best grain. We’re sitting on limestone right here. Limestone makes the water good in Kentucky. Most of these bourbon barrels come from Minnesota, right in Caledonia. We have everything we need to do it really well and that’s one of the reasons we got into it. Good grain, good water, good wood and the know-how to do it.”

The addition of bourbon to Four Daughters continued success also reflects the ever-evolving drive to innovate.

“We have a hard time standing still,” Osborn said. “It’s always what are you going to do next. It’s the possibility that excites me and excites everyone here.”