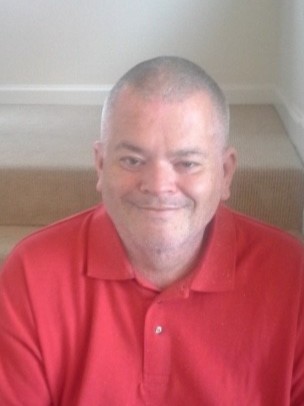 Derek Kennedy Stanley went to be with his Heavenly Father on Thursday, April 14, 2022 at his home in Austin, Minnesota. He was pre-deceased by his father, William John Stanley and is survived by his mother, Pauline Stanley, sisters Roxanne Windt (Mark), Renee Anderson (Jeff), Roslyn Stanley, his brother Bill Stanley (Gail), 12 nieces and nephews and 15 great-nieces and nephews.

Derek was born in Ticonderoga, New York on July 25, 1964, the youngest child of Pauline and Bill Stanley. His middle name was meant to honor President Kennedy who was assassinated several months earlier. He later lived in Rochester, Minnesota, Orem, Utah, Las Vegas, Nevada and O’Fallon, Missouri, prior to settling in Austin.

Derek was a gentle giant with a sweet and compassionate soul who held a special place in his heart for animals, especially dogs. Dogs were just naturally drawn to him like a magnet! His beloved dog, Honey, passed just two weeks ago and we know she was there to greet him at the Rainbow Bridge. Derek treasured time with his family and had a tremendous sense of humor. He loved to tell a good joke and was known for his quick-witted comebacks! He was loved so much by his family and will be greatly missed.

Friends are cordially invited to a visitation with his family at 10:00 am to 11:00 am on Saturday, April 23, 2022, at the Church of Jesus Christ of Latter-day Saints, 404 31st Street NW in Austin. A Celebration of Life for Derek will be held at 11:00 am at the church. Interment will be in Oakwood Cemetery.