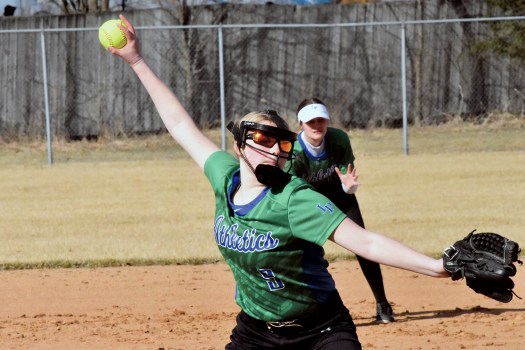 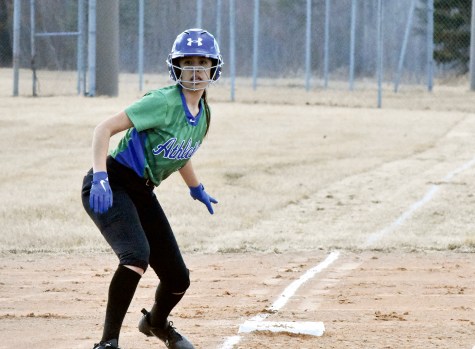 Lisandra Ortiz takes a lead off of third base for the Athletics. Rocky Hulne/sports@austindailyherald.com 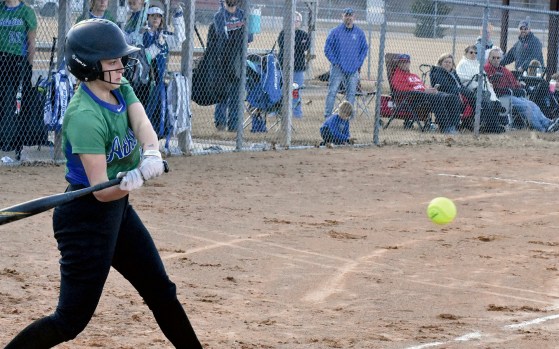 The Lyle-Pacelli softball team wasn’t able to hold on to a big lead early as it lost to Saint Clair 11-8 in Todd Park Monday.

The Athletics (1-1 overall) led 7-1 after three innings as the team drew six walks in the first two innings. SC took the lead when it scored four runs in the top of the seventh to go up 11-7. L-P committed a pair of errors to start the rally.

The Athletics loaded the bases with no outs in the bottom of the seventh, but went down in order after Heather Wilde knocked in a run on a groundout.

“She did a great job. I know she was nervous but she did a wonderful job so I’m proud of her,” said L-P head coach Kathy Neve. “We’re optimistic about this team. They battle and they’re only going to get better.”

L-P had two of its three hits in the final inning as it had a tough time making connections at the plate.

“We just need to stay confident and not get down when we’re at the plate,” Neve said.