Antique map exhibit to be unveiled April 24 at museum 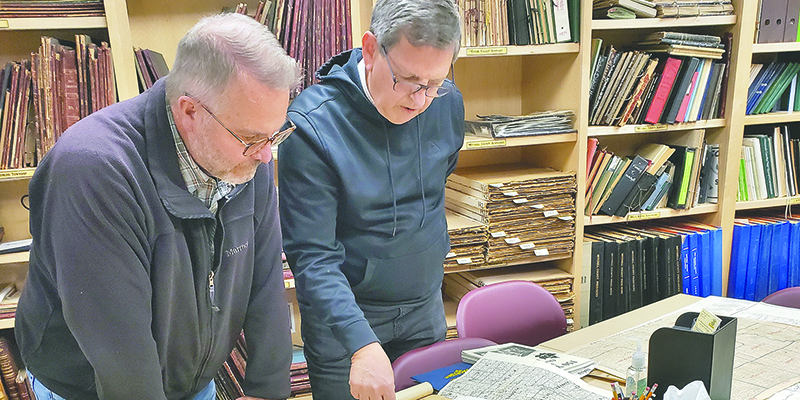 OSAGE — “Are We There Yet? Let’s Check the Maps,” an antique map exhibit that spans 125 years of the settlement and growth of Mitchell County and Iowa, will be unveiled at 2 p.m. on Sunday, April 24, in a grand opening reception at the Mitchell County Historical Society Museum in Osage.

Featured will be over 40 maps ranging from the mid- 1800s through much of the 20th century.  The museum has been reorganized to accommodate the display of maps loaned for the exhibit, according to organizers from the Mitchell County Historical Society. 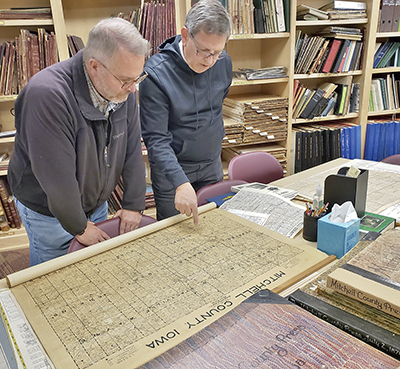 Maps have come from a variety of owners and sources, said society member Denis Boerjan. As word spread, interest has grown in the exhibit. He said he has been impressed with the diversity of the maps and what they show.

“Seeing stagecoach and rail routes, the names of rivers and towns, how they’ve changed – it’s really, really interesting,” he said.

The maps are instructive as well as illuminating. Visitors will be able to see how some rivers and roads carried different names from today. For instance, the “Cedar River,” on early maps was called the “Red Cedar River.” Some towns prospered due to the coming of the railroad, while others became ghost towns and today earn only a brief mention in history books.  Early towns with names such as Fuller, Brownville, and Doran are seen only on the earliest maps.

Also of interest are original plat maps for the cities of Riceville, Orchard, Carpenter and McIntire; county maps from 1870, 1899, 1938 and 1972, showing ownership of all county parcels, will also be on display. Boerjan said the 1938 map may be of special interest, given the number of insurance companies and banks that owned many parcels – a result of the Depression years, when some farmers lost ownership of their land.

Some maps will also show Iowa in its early history – first as a territory, then as a state. Also of interest are early roads, known by names rather than by numbers. On a 1914 map, visitors can see the Lincoln Highway, River to River Road and The Great White Way. 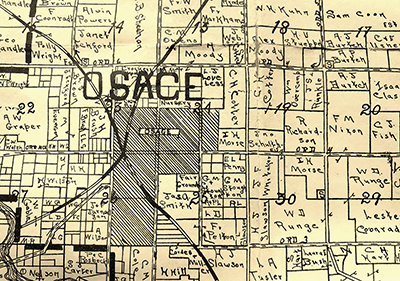 Brief comments, refreshments and music by Sam Crosser will be part of the grand reception as the exhibit is opened to visitors. The exhibit will continue to be displayed through September during regular museum hours, 1-5 p.m., Wednesday through Saturday.

There is no charge for admission to the reception. Donations are welcomed.