American Legion National Commander to speak in Austin on April 13 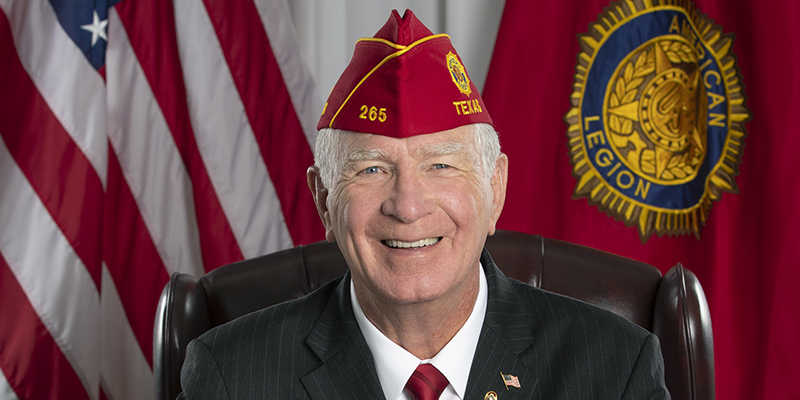 American Legion National Commander Paul E. Dillard is coming to Austin on April 13 and will speak on issues of importance to Minnesota veterans.

Dillard’s visit will involve breakfast and remarks from 8-10 a.m. at the Austin American Legion Post 91.

Among the topics Dillard plans to address are suicide prevention efforts in Minnesota, growing membership at the post level and The American Legion’s partnership with Chip Gnassi Racing.

He will visit with veterans, community leaders and citizens. It is among the many stops he will make throughout the state that week.

“We look forward to sharing with National Commander Dillard the great things our American Legion Family members are doing for our veterans, our families and our communities,” said Minnesota American Legion Commander Tom Fernlund. “We encourage members of the public and all supporters of veterans to hear what he has to say.”

With a membership of almost 2 million wartime veterans, The American Legion was founded in 1919 on the Four Pillars of a strong national security, veterans affairs, Americanism and youth programs. Legionnaires work for the betterment of their communities through nearly 13,000 posts across the nation and overseas, including 538 in Minnesota.