A call for support: Legion commander asks for more members and support of veterans 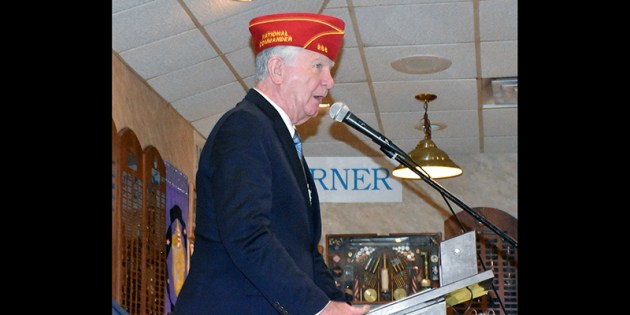 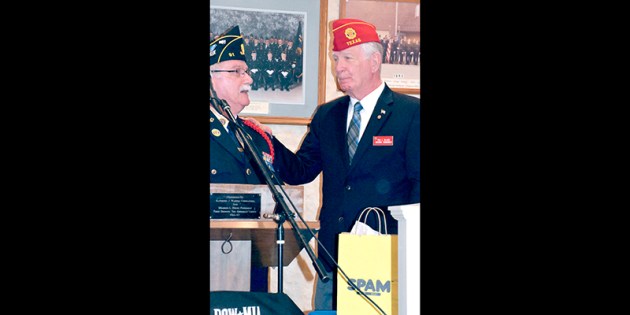 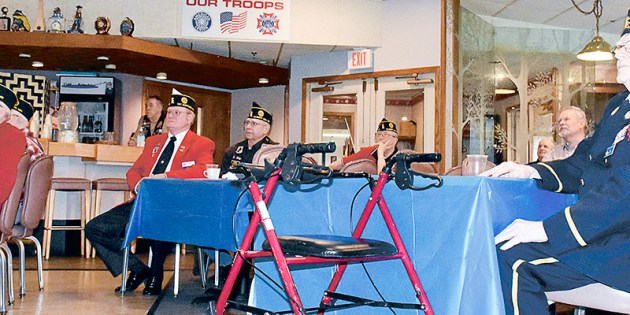 Members of the American Legion look on during a speech by National Commander Paul E. Dillard in Austin Wednesday. Rocky Hulne/sports@austindailyherald.com

Austin American Legion Post 91 had a special guest Wednesday morning, who gave a speech to inspire growth in the Legion and support for veterans.

American National Commander Paul E. Dillard made his first-ever visit to Austin and was up front about his concern in declining numbers of younger veterans in the Legion and the safety of veterans, who have returned back home from duty.

Dillard’s speech focused on the importance of making veterans of the Gulf War and the War on Terror feel at home with the Legion. He implored local officers to get out and recruit those veterans, who can benefit from being part of the Legion.

“Some of our vets are wondering if their service was worth it,” Dillard said in his speech. “You tell them, it was worth it. Because while they were over there, we were safe back here.”

Dillard cited that membership in the Legion has decreased over the past few years. There were 5,400 members who did not renew their membership from last year. The Legion was founded in 1999 and it has almost two million wartime veterans as members. There are nearly 13,000 posts across the nation and overseas, including 538 in Minnesota.

After his speech, Dillard quoted Abraham Lincoln when showing his compassion for veterans and how they should be taken care of when they get back home.

“Take care of those who bore the battle, the widow and the orphan,” Dillard said. “That’s what we should do. They need it.”

Dillard is also adamant about the health of veterans and urged for the support of the PACT act 2021 in the United States Senate. The bill, which deals with toxic exposure, has already passed in the House of Representatives.

“We want full support of it passing,” Dillard said. “We don’t want another Agent Orange.”

Dillard was elected national commander of the nearly two-million member American Legion on Sept. 21, 2021, at the organization’s 102nd national convention in Phoenix, Arizona. His theme is “No Veteran Left Behind.”

Dillard’s speech on Wednesday drew about 30 attendees from the community and he was presented with a gift of SPAM. A breakfast was served after the speech.

Dillard is a native Texan who served in Vietnam through four campaigns, including the Tet Offensive. Dillard later received an honorable discharge as a radarman second class petty officer from the Navy Reserve and he went on to work as an engineer, plant manager and director of manufacturing in Tennessee.