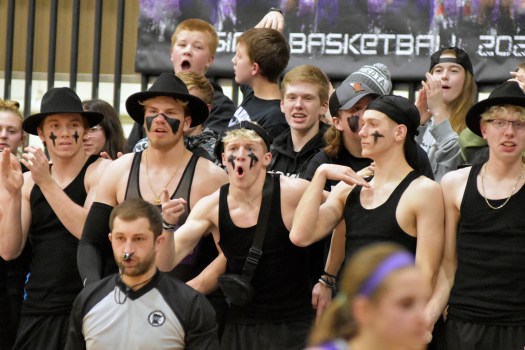 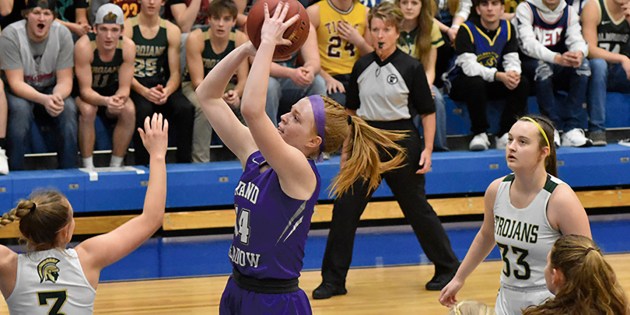 River Landers puts up a shot for the Superlarks in Mayo Civic Center Tuesday. Rocky Hulne/sports@austindailyherald.com 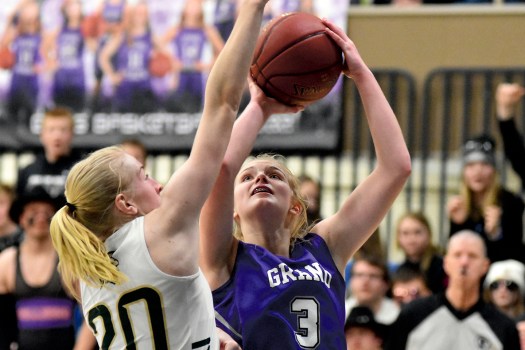 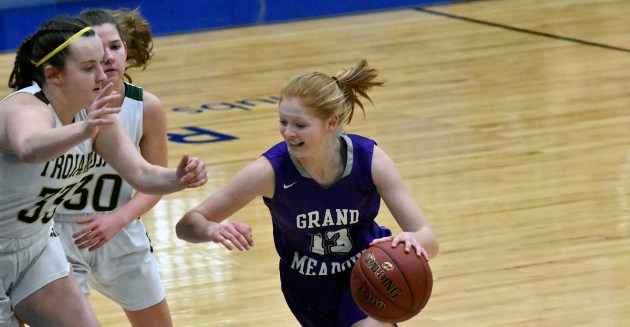 ROCHESTER — The No. 3 seeded Grand Meadow girls basketball team overcame an early hole and was able to hold off a late surge to beat No. 6 Rushford-Peterson 47-45 in a Section 1A quarterfinal in Mayo Civic Auditorium Tuesday night.

The Superlarks (22-6 overall) went one-for-five on free throws in the final minute, but they were able to force a couple of key turnovers to hold on. R-P (12-16 overall) had pulled to within 46-45 when Ellie Ekern scored with 6.7 seconds left in the game.

“Our girls were locked in and they seemed to have calmer minds in the last minute than they did in the first 37 minutes,” GM head coach Ryan Queensland said. “We had a number of players make big plays and big shots for us. You can talk about this atmosphere and the emotions, but until you actually play in it, you don’t know.”

“If this would’ve happened last year, we would not have had the same response,” Foster said. “We showed composure and we were ready tonight.”

Kendyl said GM had to stay focused when things were tough early on.

“We had to keep fighting,” she said. “We had to find that grit and we had to stay in our offense.”

The Superlarks will now play Kingsland in the Section 1A semifinals in Mayo Civic Center Auditorium at 4 p.m. Saturday.