Propane torch deemed to be cause of motorcycle shop fire 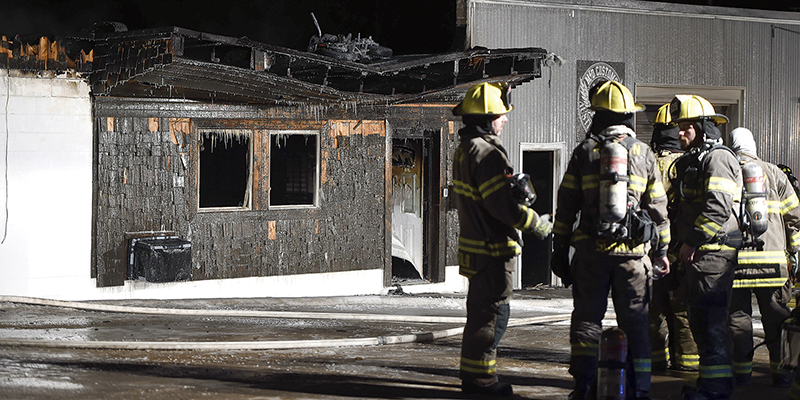 The cause of a fire that claimed an Austin motorcycle shop has been determined.

According to Austin Fire Chief Jim McCoy, the cause of the fire was traced to a small propane torch in the basement of M-D Customs that had been left on.

The blaze started late in the afternoon of Feb. 17 when firefighters were dispatched to M-D customs in the 1100 block of Fifth Place SE at around 3:35 p.m.

“When we arrived on the scene there was smoke showing,” McCoy said the day after the fire. “The reported fire was in the basement. When we made entry there was some question as to the integrity of the floor … at that point we went on the defensive.”

The fire was eventually knocked down late that evening with crews clearing at around 11 p.m. The State Fire Marshall was called in the next day to investigate.

Firefighters were able to contain the worst of the fire to the office area on the east end of the business; however, there was substantial loss to inventory and tools as well as motorcycles within the garage that were damaged.

McCoy estimated that damage costs of the building and building contents at around $600,000.