Packers are hoping to avoid a familiar fate at state tournament 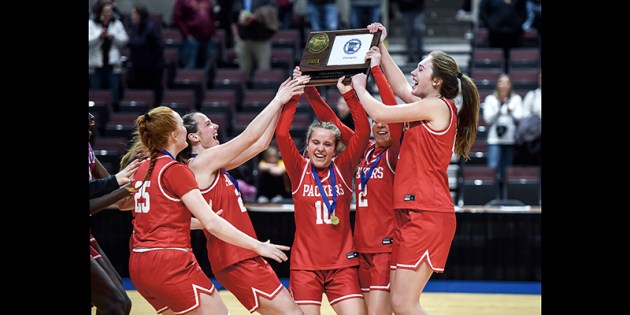 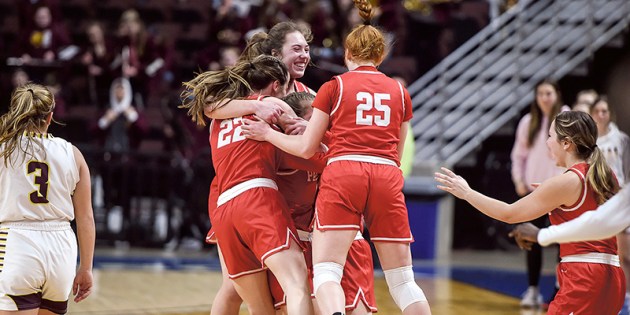 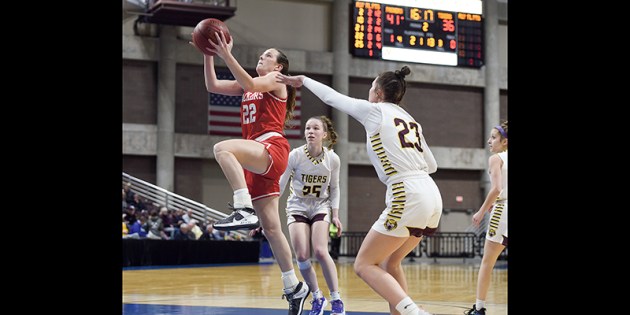 Austin’s Olivia Walsh drives to the hoop against Stewartville during the second half of the Section 1AAA championship Friday night at Mayo Civic Center in Rochester. Eric Johnson/photodesk@austindailyherald.com 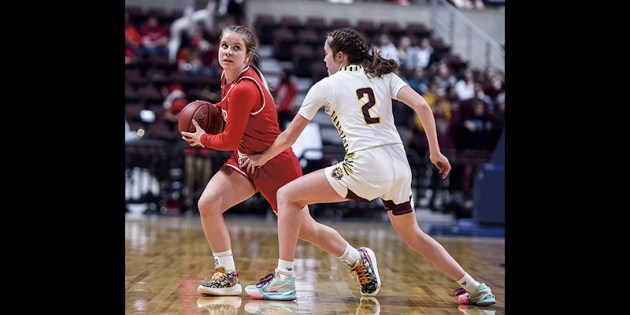 Austin’s Emma Dudycha works against Stewartville’s Haylie Strum during the first half of the Section 1AAA championship . Eric Johnson/photodesk@austindailyherald.com 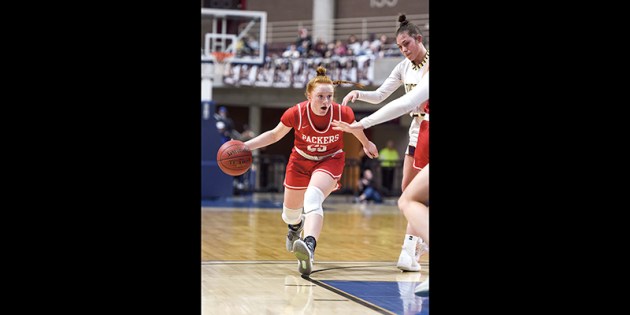 Austin’s Cassidy Shute drives off the points against Stewartville in the first half of the Section 1AAA championship Friday night at Mayo Civic Center in Rochester. Eric Johnson/photodesk@austindailyherald.com

The Packer girls basketball team has been here before, but it’s hoping to flip the script this time around.

Just like it was four years ago, the Austin girls basketball team is set to play a defending champion in the Minnesota Class AAA State Girls Basketball State Tournament quarterfinals. Last time, that matchup resulted in a 72-40 loss for the Packers to Robbinsdale Cooper, but this time the Packers are hoping things go differently.

Austin will open the quarterfinals against top-seeded Becker in Maturi Pavilion at the University of Minnesota at 10 a.m. Wednesday.

This will be Austin’s third state tournament in the past four years and head coach Eric Zoske is hoping that experience will pay off for the Packers, who have been practicing in the morning this week to prepare for the early start time.

“We’ve been here before. That Robinsdale Cooper team (in 2019) was incredibly good. We played very well in the consolation game against Marshall that year,” Zoske said. “We do have some experience and last year we had a good chance of beating Hill-Murray (in the state quarterfinals). We’ll keep going forward and hopefully the experience will pay off.”

Austin senior Hope Dudycha played in that loss to Robbinsdale Cooper and she knows how quickly things can escalate on the big stage against a tough opponent. She and her twin sister Emma will have to be able to control the ball against Becker’s pressure defense to give the Packers a fighting chance on Wednesday. Becker was ranked No. 1 for the last portion of the season, but the Packers also spent significant time as the top-ranked team in Class AAA this winter.

“It’s really exciting to get there,” Hope said. “Our first few years we were inexperienced, but now with us getting back there just like Becker, we have experience. It’s fair game. They have the number one seed, but we were ranked number one this year as well. It’s pretty wide open.”

Austin center Reanna Schmitt didn’t play in the state tournament in 2019, but she was a big contributor on last year’s team that went to state. She and the Packers are hoping they can pull off a upset.

“I think we’re all really ready,” Schmitt said. “We want the big upset and we’ve worked hard for this. We’ve watched a lot of film on Becker and we have a good feel for them.”

Zoske knows that Becker will give the Packers a lot to deal with.

“They graduated some pretty good players from that team that won state, but they still have a solid starting five. They’re all extremely athletic,” Zoske said. “They’re in your face on defense and they switch every screen. They have five girls that can shoot the ball and light it up.”

Austin has gained some depth in recent weeks as freshman Ajieem Agwa was a major contributor in the Section 1AAA title win over Stewartville.

“She’s grown this year athletically and it’s been really fun to watch her develop,” Zoske said. “She’s given us some valuable minutes off the bench that we didn’t have earlier in the year. It’s been fun to watch the bench get in there and contribute.”

No matter what happens this week for the Packers, it will be the final run for a senior class that has done some big things. With three state tournaments under their belts, after it had been since 2008 that the Austin girls had made it to state, this group has a lot to be proud of.

“What better place to end it then at the state tournament,” said Hope, who has committed to play college basketball at Division II University of Minnesota-Crookston along with her sister Emma. “This was always our end goal. Hopefully we can finish it with a win.”